KATHMANDU, Oct 13: Naya Shakti Party Nepal (NSP-N) has said that it will contest the upcoming parliamentary and province elections with its own election symbol - eye.

Earlier, the party had reached an agreement with CPN-UML to take part in the upcoming elections under UML election’s symbol - sun.

Issuing a  press release on Friday following the party meeting, it  said that it will contest the parliamentary and provincial elections using its own election symbol  - eye, saying that CPN-UML and CPN (Maoist Center) did not live up to the  spirit of the agreement forged.

The party has also decided to forge electoral alliance with those political parties that respect republic, federalism, secularism and inclusiveness.

However, in those constituencies already agreed upon, the party will filed field its candidates as per the deal sealed with with UML. 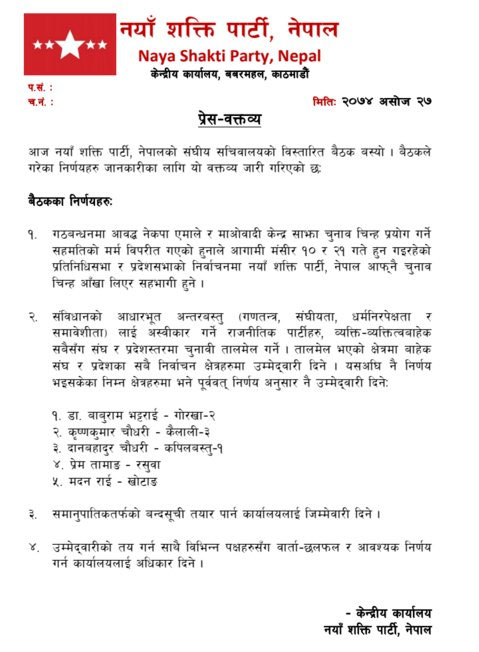