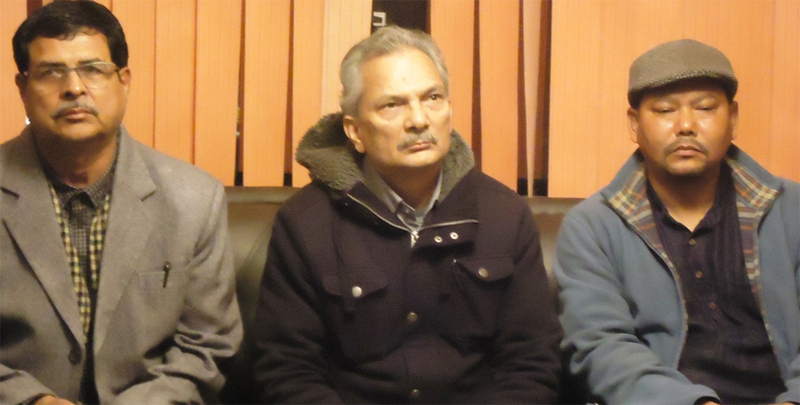 The shoe was thrown at Bhattarai while he was participating at a program organized by the party’s sister organization at Prithvi Narayan (PN) Campus in Bhimkali Patan Marga.

According to students, Sanjiv Bhattarai, a Master’s Degree student of PN Campus, had attacked Bhattarai with the shoe.

Police have taken the assailant under control. He had also shown Bhattarai a black flag, according to Police Inspector Kishor Lamsal of Bagar Police Post.

“The politicians have destroyed the country and Baburam Bhattarai is also one of them,” police quoted the assailant as saying.

Sanjiv, whos is originally from Narayanpur VDC-7, Kailali, is a student of MA in Economics at PN Campus.

Despite attempts to insult him, Bhattarai had managed to address the program for over 15 minutes.