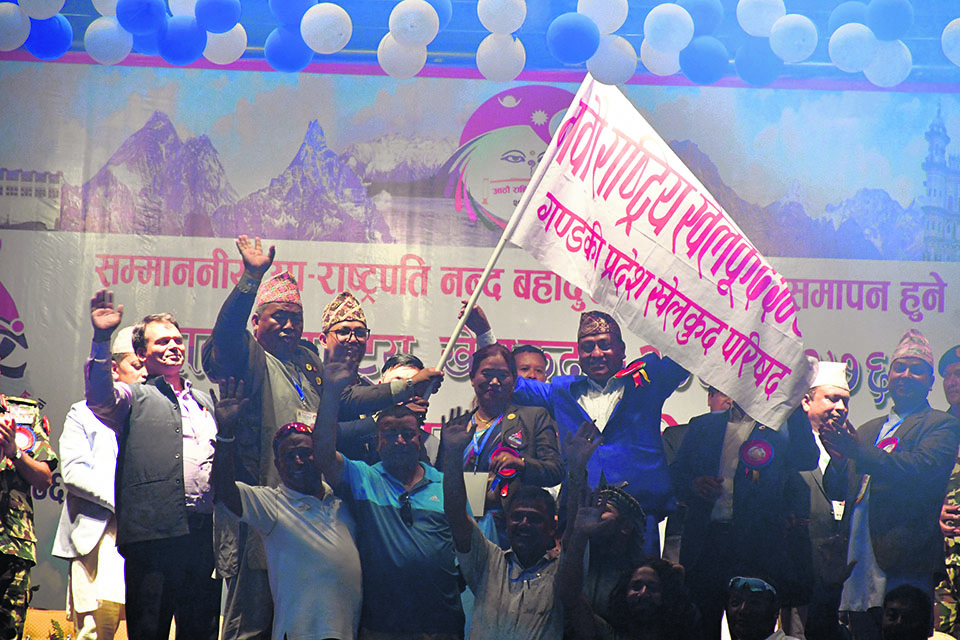 KASKI, Dec 25:  The 9th National Games is to be held in Gandaki province. Although the national sports jamboree is held every two years it could not be held in May 2021 due to the coronavirus pandemic.

The 8th national games were held in Lumbini province in May 2019.

The National Sports Council (NSC) plans to hold the National Games around the month of May or June in 2022.

The Western Regional Sports Development Committee has sent a proposal to NSC to conduct at least one game in all 11 districts of Gandaki. Laxman Yogi, head of the office of the Western Regional Sports Development Committee, said that a proposal has been sent to all the districts to make the competition lively and inclusive even though most of the sports events will be held at Pokhara Stadium.

The men's and women's sports including men's football, athletics, boxing, weightlifting, volleyball, badminton, Usu, handball, hockey, squash, and shooting are planned to be played in Pokhara.

The NSC has allocated a budget of Rs. 160 million for the construction of sports infrastructure required for the national games in the current fiscal year. Aimed at the 9th national games, various sports associations have started training and practice of players in Pokhara.

The Provincial Sports Council has also allocated Rs 5 million for the provision of sports materials to sports associations targeting national sports. Dhwaj Kumar Gurung, the vice-chairman of the Council, shared that necessary sports materials would be provided after the date of the games is fixed. Similarly, the provincial government has allocated Rs. 20 million for the construction of sports infrastructure.

Four hundred model farms to be developed in Gandaki