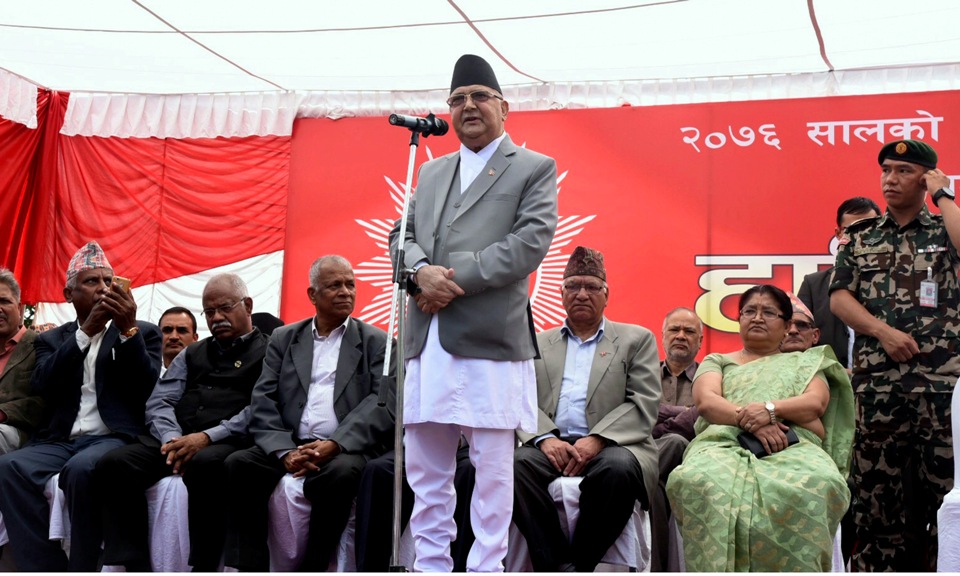 KATHMANDU, Oct 16: Prime Minister KP Sharma Oli has said that Nepal has made its new way towards development and prosperity by strengthening its ties with its neighbors and starting up new projects within the country. 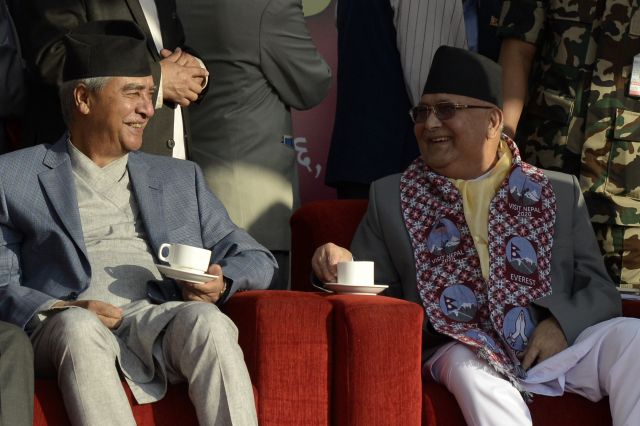 In his address to a reception organised by the Nepal Communist Party (NCP) on the occasion of Bada Dashain, Tihar, Nepal Sambat and Chhath festivals here today, the Prime Minister who is also one of the chairs of NCP said, "We should build our nation ourselves," seeking contribution of all to build a cultured society with rule of law, good governance and free from corruption.

Those people who were saying that nothing happened in the country might have their own interests or they might have overlooked the achievements, he said, adding,"Many things such as a raise in the old-age allowance, people's investment in hydropower, construction of Pokhara and Bhairahawa airports, the construction of a fast track, commencement of petroleum pipeline service, constructions of several bridges, operation of a motor steamer in the Koshi river, increase in foreign investment, Chinese President Xi Jinping's Nepal visit and the construction of Butwal-Gorakhpur transnational transmission line have happened for the people."

The Prime Minister described Nepal as a culturally prosperous nation enriched by unity amidst diversity, claiming that such unity could not be broken by anyone else. He took time to call on all to engage in 'prosperous Nepal, happy Nepali' campaign by further consolidating the national unity.

KATHMANDU, Sept 29: Ruling Nepal Communist Party (NCP) will be hosting a tea reception in Kathmandu on October 16 on... Read More...