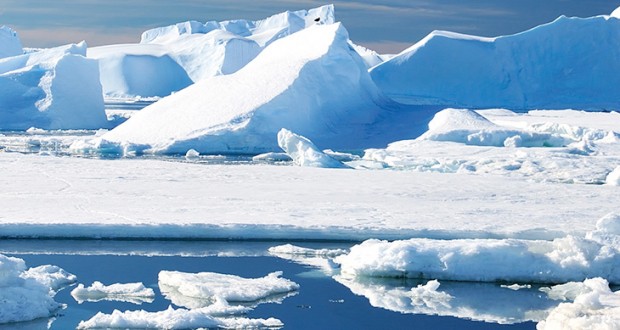 WASHINGTON, Sept. 16 NASA's Ice, Cloud and Land Elevation Satellite-2, or ICESat-2, lifted off at 9:02 a.m. EDT (6:02 a.m. PDT) at Vandenberg Air Force Base in Southern California of the United States.

The United Launch Alliance Delta II rocket, which brought the satellite into space, made its final climb into space after the early morning launch.

The ICESat-2 is designed to use lasers to measure the average annual elevation change of land ice covering Greenland and Antarctica to within the width of a pencil, capturing 60,000 measurements every second.

"The new observational technologies of ICESat-2, a top recommendation of the scientific community in NASA's first Earth science decadal survey, will advance our knowledge of how the ice sheets of Greenland and Antarctica contribute to sea level rise," said Michael Freilich, director of the Earth Science Division in NASA's Science Mission Directorate.

As it circles Earth from pole to pole, ICESat-2 will measure ice heights along the same path in the polar regions four times a year, providing seasonal and annual monitoring of ice elevation changes, according to NASA.

ICESat-2 data will help researchers narrow the range of uncertainty in forecasts of future sea level rise and connect those changes to climate drivers.

Beyond the poles, ICESat-2 will measure the height of ocean and land surfaces, including forests. The forest data will help researchers estimate the amount of carbon stored in the world's forests.

Also, a pair of tiny satellites launched together with ICESat-2 will study how energetic electrons make their way into Earth's atmosphere from space.

Infographics: How climate change will impact the biggest economies

A recent analysis by Moody's Analytics focused on the economic impact of climate change. The research looked at four different... Read More...