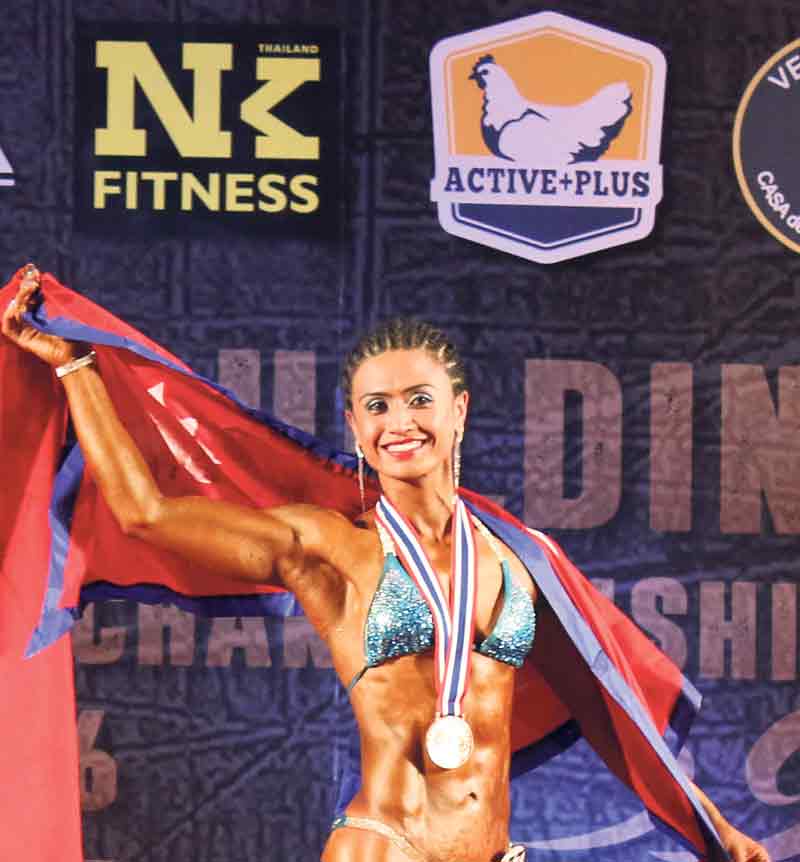 Nepali bodybuilders Nanita Maharjan poses for a photo with her bronze medal during the world Bodybuilding and Physique Sports Federation (WBPF) Championship in Pattaya, Thailand on Sunday.

Nanita bagged the bronze in the women's athletic physique 165 cm event defeating Sun Su Ting of Taiwan and Alesandra Da Silva of Italy in the final round of the championship.

Nanita expressed her happiness over wining the historic medal. “I am happy for being able to win the medal for my country. I had thought of playing confidently as this was my first international tournament. And I succeeded to deliver the positive result,” said Nanita.

Nepal Bodybuilding and Fitness Association's President Rajesh Babu Shrestha, who is also currently in Thailand, said that Nanita's success has added new episode to the Nepali bodybuilding. He also informed that the association will manage special training for Nanita in order to prepare her for the upcoming ninth edition of World Championship and 51st edition of Asian Championship to be held in Mongolia and South Korea respectively next year.

Nanita's coach Gyanendra Nakarmi said that she can do better than this in international stages with proper training and preparation.