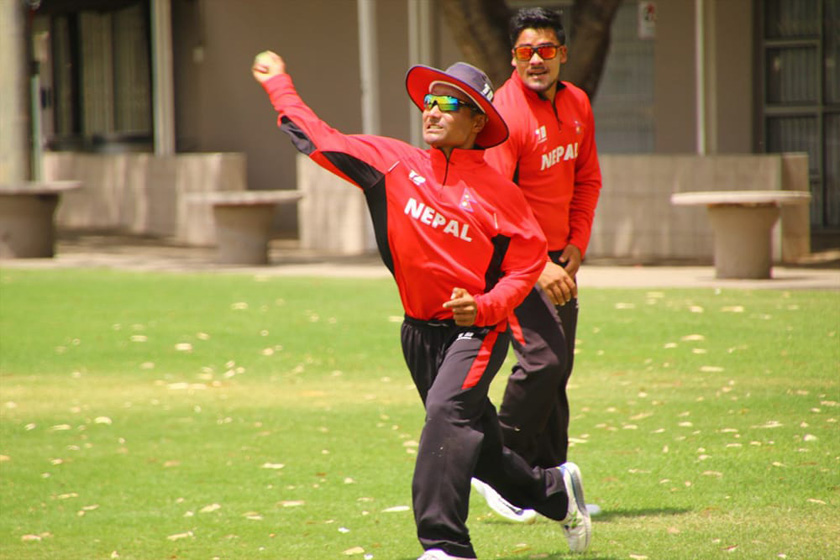 KATHMANDU, Feb 8: Namibia has set a target of 139 runs for Nepal at  the ICC World Cricket League Division Two underway at Windhoek in Namibia on Thursday.

Sent in to bat first after losing the toss, Namibia made 138 runs in 34.2 overs.

Electing to bat first, Nepal bowled out its opponent with paltry 138 runs in 34. 2 overs.

A total of six teams are participating  in the Division Two league from today. Nepal will face the United Arab Emirates (UAE),  host  Namibia, Kenya, the fellow bottom four demoted teams from the WCLC along with other two teams - Oman and Canada  - that were promoted from Division Three held in May last year.

KATHMANDU, Feb 9: Nepal has defeated Namibia with 1 wicket at their first match in the ICC World Cricket League... Read More...