Nagarkoti aiming for fourth title of the season 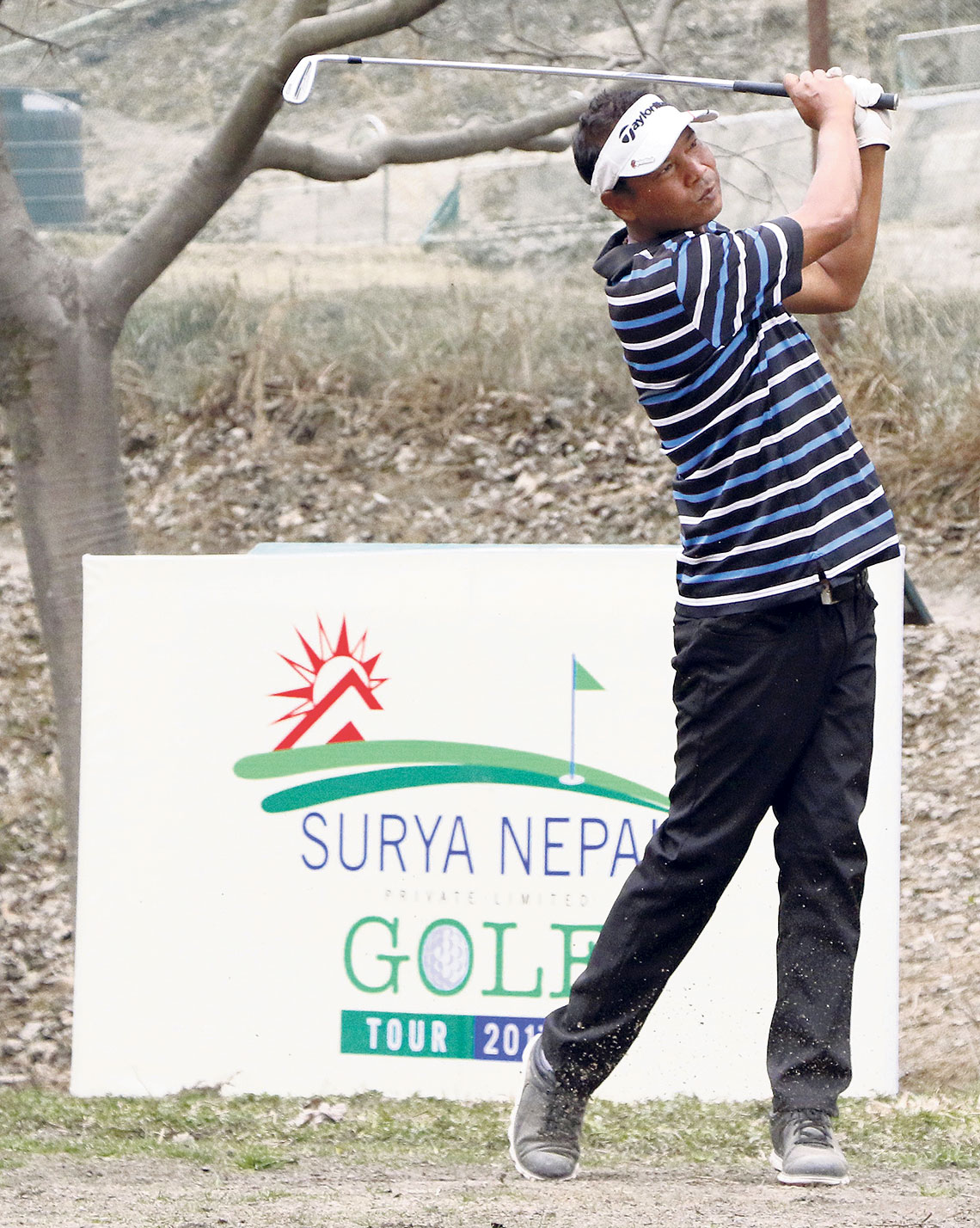 KATHMANDU, May 18: Surya Nepal Pvt Ltd Premier Golf, the final tournament of the Surya Nepal Golf Tour 2017/18, is set to tee off at the Gokarna Golf Club on Monday.

Second ranked Bhuwan Nagarkoti will be aiming for his third consecutive title and the overall fourth title of the season.

With an eye on the top spot in Order of Merit, Nagarkoti has started the preparation in full swing. He has been playing well and is among the title contenders for this event.

In previous years, despite making a strong start Nagarkoti had the tendency of faltering toward the end making it easy for his competitors. But the story has been different this time around.

Nagarkoti has already won three titles after putting in strong performance in all the tournaments he has contested in. With titles of Surya Nepal Challenge, Surya Nepal Kathmandu Open and Surya Nepal NPGA Tour Championship in the bag, the current season is already the best one of his career. The excellent performance on the course has motivated him going into the final event of the season.

With titles of Surya Nepal Challenge, Surya Nepal Kathmandu Open and Surya Nepal NPGA Tour Championship in the bag, the current season is already the best one of his career.

Nagarkoti had set the target of winning at least three events in the season and he has already achieved that. He feels the difference in his performance came because of the vast improvement in the putting. After faring well in previous events, Nagarkoti has started believing that he can achieve more and has got the hunger to fulfill his dreams.

“I have been doing well of late and I am concentrating in improving my chipping and putting for the final event. Surya Nepal Premier is an important event as it decides the Order of Merit for the next season. And I am confident of putting in my best efforts in the tournament,” he said.

This tournament comes as another great opportunity for Nagarkoti to leapfrog Shivaram Shrestha as No 1 golfer for the next season. If Nagarkoti wins the tournament, he has the chance to claim the top seed for the first time in his career.

Nagarkoti trails Shrestha while locking horns with him in the final event of the season which offers a total cash purse of Rs 1.26 million.

With No 1 spot and the biggest title of the season at stake, the event is a great challenge for Nagarkoti to reach the summit. He admits the competition is going to be the toughest one with the presence of almost all the members of the Nepal PGA. “I enjoy playing under tough conditions and strong field,” he added.

This time Nagarkoti faces tough challenge from domestic rival Shrestha and Dhana Thapa among others along with PGTI golfer Toran Bikram Shahi and Sanjaya Lama, who has joined a club in Dubai few months ago. Bhuwan is in his rich form and if he can continue with his performance, he will be able to cap off his excellent season with another title.

The winner of Surya Nepal Premier will get Rs 230,000 out of the total prize of Rs 1.2 million. The tenth and the final event of Surya Nepal Golf Tour 2017/18 is expected to see fierce competition over the four rounds from Monday.