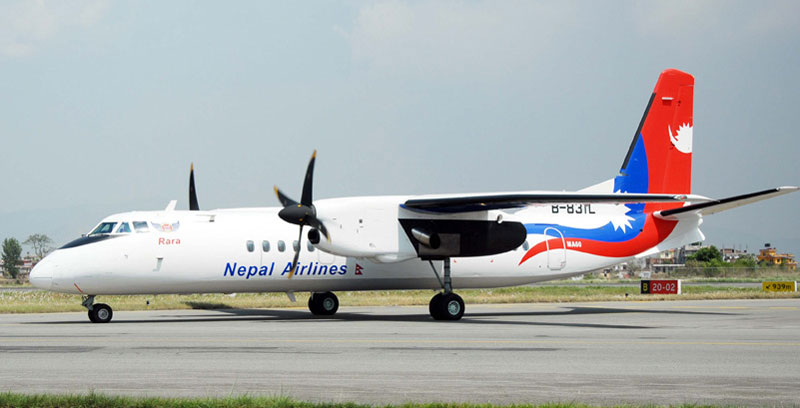 Following a direction from the Ministry of Culture, Tourism and Civil Aviation a month ago, NAC decided to that effect. However, the national flag carrier will bring only two aircraft in the first phase.

“A decision has been made to bring all the four remaining planes from China,” said a highly-placed source at NAC, “Within three months, we will be bringing a small and a big aircraft to Kathmandu. We have no other choice and are bound to bring the rest of the planes.”

According to the source, a 56-sester Modern Ark (MA-60) along with a 17-seater Y12-e will be brought here in the first phase. It will take around three months to complete the process and bring the airplanes.

“Since we have pilots only for the two planes, we decided to bring only two of them in           the first phase,” said the source, “After that, managing additional pilots and engineers can open doors to bring two more Y12-e airplanes.”