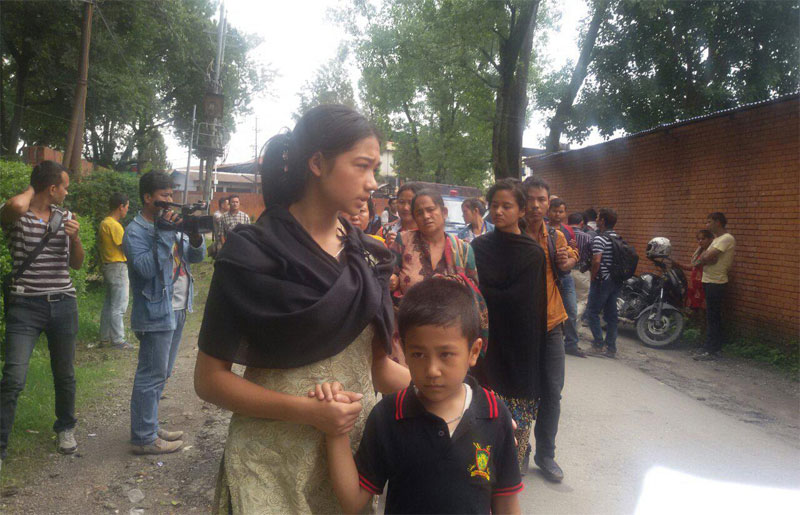 KATHMANDU, June 22: A flight of the Nepal Airlines Corporation (NAC) with bodies of 12 Neaplis killed in the Talibani suicide bomb attack has taken off from Kabul International Airport.

The kin of victims have reached Tribhuvan International Airport (TIA) after having heard that the bodies of their family members are being brought in a special chartered flight.

The flight will land at 2:30 pm at the TIA in Kathmandu this afternoon, said a source at the Corporation.

Prime Minister KP Oli is preparing to go to TIA to receive the bodies. According to a source at the PM’s personal secretariat, PM's all the other programs have been canceled due to his scheduled visit to TIA.

The security personnel from Nepal Army, Nepal Police, high ranking officials at Immigration Department  based at TIA have been informed on PM’s  visit to TIA.

24 returning to Kathmandu by NAC flight

The NAC source said 24 people are returning to Kathmandu in the flight. “The bodies are loaded in a cargo,” said a NAC source,” as many as 24  Nepalis are returning by the same flight.