NAC cuts Osaka flights to two a week for a month 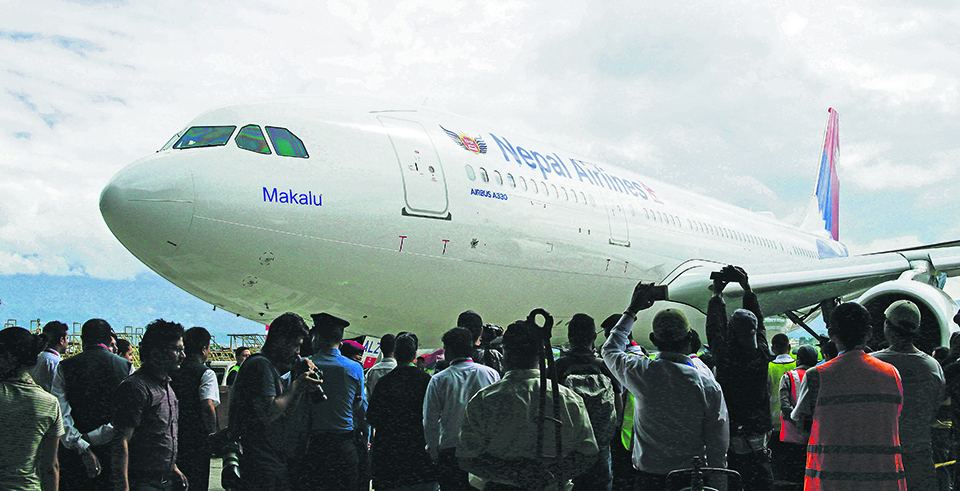 Sulekh Mishra, the joint spokesperson of NAC, told Republica that the national flag carrier will suspend flights on Thursday for a month.

This means NAC will fly to Osaka two times a week – on Saturdays and Tuesdays. The national flag carrier, which started flying to Osaka from August 29 after a gap of 12 years, had announced three weekly flights to the third largest Japanese city.

“We have already notified the Japan Civil Aviation Bureau about reduction of flights," added Mishra.
Low passengers turnout in first three flights forced the national flag carrier to reduce its flight frequency. "As we resumed flights to Osaka after a gap of 12 years, we realized it will take some time for people to trust NAC," he added. "We are planning to organize interactions with travel agencies and other stakeholders to as part of recovering our trust and brand image."

According to NAC Spokesperson Ganesh Bahadur Chand, there are an average of 40-50 passengers on Kathmandu-Osaka and 60-70 passengers in Osaka-Kathmandu flights. "We need at least 70% occupancy for the flights to break even," he added.

Mishra, however, added that NAC will continue with the previously-announced flight schedule from October. “As movement of passengers between Japan and Nepal is between mid-October and mid-December, we will operate all three flights during the period. We might even add fourth flight if there is demand," Mishra said, adding that advanced booking is also good for these months.

NAC is the only airline that operates direct flights to Japan from Kathmandu. Other airlines like Thai Airways, Cathay Dragon, China Eastern, China Southern and Air China operate flights to Japan with transits in Bangkok, Hong Kong and different Chinese cities.

NAC's special promotional fare for the sector is Rs 72,800 for round trip flights and Rs 37,000 for one-way journey. The national flag is using Airbus A330-200 aircraft for the six-hour flight.