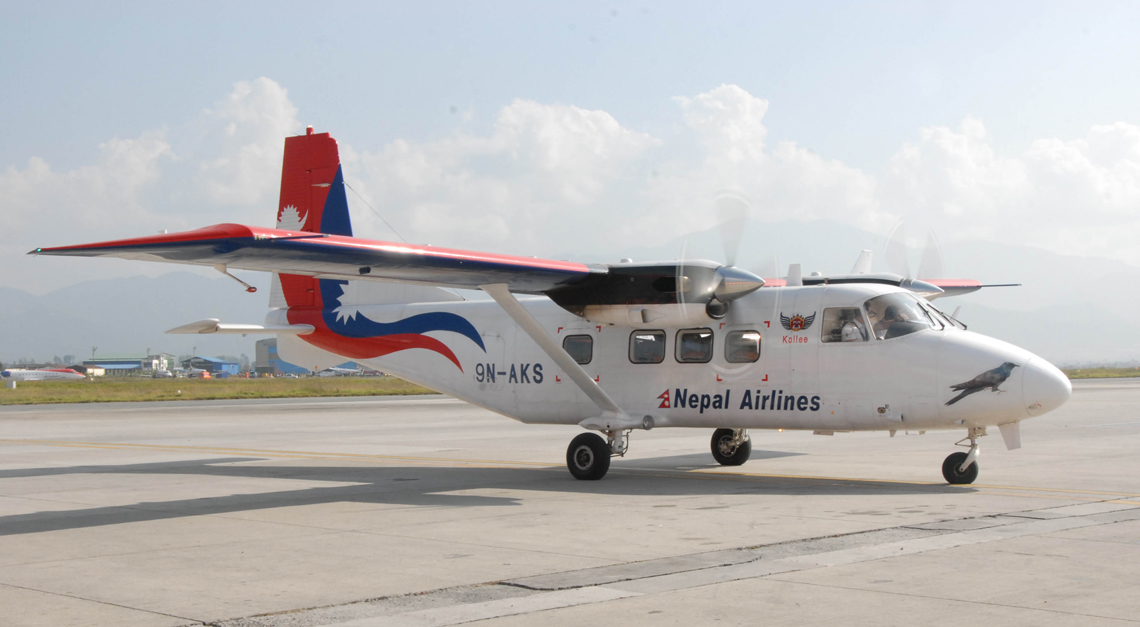 KATHMANDU, Feb 1: The Nepal Airlines Corporation (NAC), the only flag carrier airlines of Nepal, has brought the fourth aircraft from China on Wednesday.

A 17-seater Y12-E series aircraft that took off from Kumintang on Monday landed at the Tribhuvan International Airport (TIA) at 4:30 pm today.

“The fourth aircraft has arrived in Nepal from China,” Deputy Director for the corporation Shailesh Kansakar told Republica Online, adding, “this aircraft will operate regular flights after 10 days.”

According to Kansakar, the Civil Aviation Authority of Nepal (CAAN) has named this aircraft Gaunthali with a call sign 9N-AKT.

The aircraft that took off from Kumintang on Monday, flew to Kolkata of India via Rangoon of Myanmar on Tuesday and then to Kathmandu today.

Last Friday, the NAC had brought the third Chinese MA-60 aircraft to Nepal.

This aircraft has been brought to Nepal in line with the loan and grant deal sealed between Nepal and China. The NAC has yet to bring two more aircraft to Nepal under this agreement.