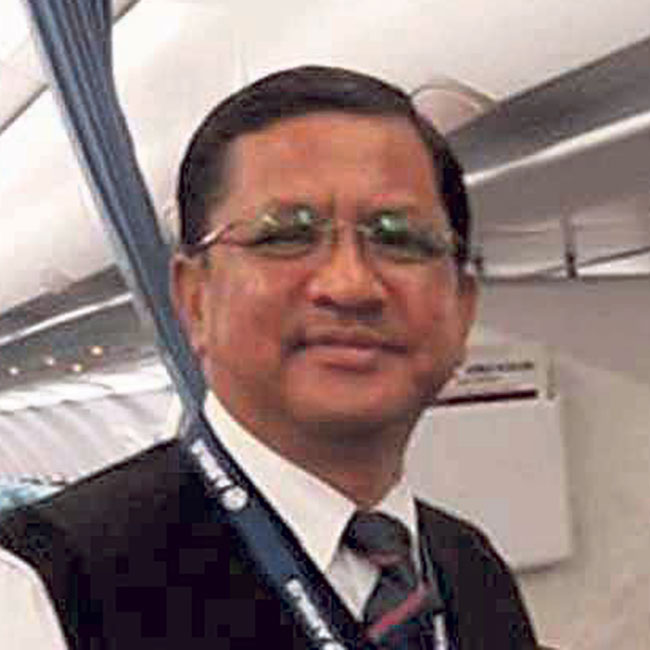 Three months ago, CAAN had indefinitely suspended Awale from working as pilot after the court convicted him of misusing foreign currency. Awale was arrested on April 10 last year with US$ 93,600 when he was all set to take off his plane from the Tribhuvan International Airport (TIA) to Dubai. CAAN had even banned Awale from entering the TIA.

A letter obtained by Republica shows that NAC Managing Director Sugat Ratna Kansakar has asked CAAN to lift the indefinite suspension against Awale and allow him to resume working as pilot arguing that he has already paid the fine ordered by the court.

Officials at CAAN also confirmed that NAC has sent a letter asking CAAN to allow the captain to resume working as pilot. “Since we do not have a clear law on whether a pilot convicted of wrongdoing should be allowed to return to work or not, we really can’t say anything,” said a top CAAN official, who did not want to be named.

The official opined that it was practically inappropriate to allow a pilot convicted of wrongdoing to return to work as pilot.

NAC wrote to CAAN after facing shortage of pilots, according to NAC officials.

A senior captain argued that allowing a convicted pilot to return to work will compromise passenger safety.

“Awale could be suffering from serious mental stress after he was convicted of foreign currency misuse. So, it would not be right to allow him to resume as pilot. This could jeopardize passenger safety,” the captain, who did not want to be named, argued.

Similarly, a committee formed by CAAN to recommend whether Awale should be allowed to return to work had carried out health examination of Awale and concluded that he should not be allowed to fly.

As per the law, an individual can carry up to USD 2,500 while flying abroad. Similarly, as per the aviation regulations, pilots cannot carry any money apart from their daily allowance.

Before the case was brought against him at the Kathmandu District Court, Awale was investigated by the Department of Revenue Investigation for thirty days in judicial custody and was freed after posting a bail.

Awale, 56, was flying Airbus A320 of NAC until his suspension.