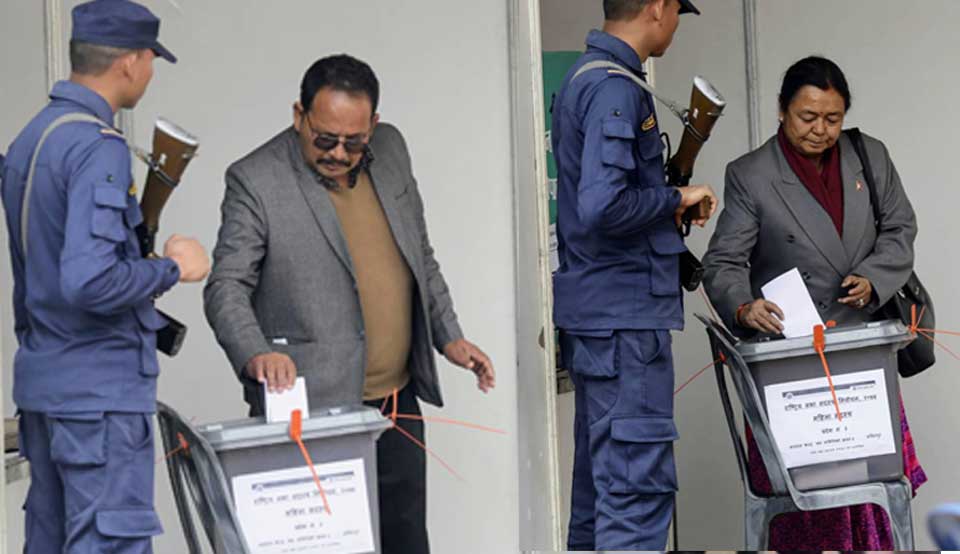 KATHMANDU, Feb 7:  The National Assembly election of six provinces has concluded.  The elections were held in Biratnagar, Lalitpur, Pokhara, Dang, Surkhet and Doti. Constitutionally, there will be a 59-member upper house.

Out of the total 59 members of the upper house, the election will elect 56 members while the government itself will nominate the remaining three members. There were no elections in Province 2 as all the candidates were elected unopposed.

The election started from 10:00 AM and concluded at 3:00 PM today. According to Nawaraj Dhakal, spokesperson of EC, results of the today’s elections would be published by Friday.

In Province-1, 411 members from Provincial Assembly and local level representatives cast their votes to elect 8 National Assembly members. Khem Nepali from Dalit quota and Agam Bantawa from minority of left alliance and Dil Biswokarma and Mahesh Jaju from Nepali Congress are vying in Province-1.

In Pokhara, counting of votes will start today itself. Of the eight seats for National Assembly elections, Prakash Panta from disabled quota was elected unopposed.

In Province 5, 305 voters cast their votes and 238 in Province 6.  Results of Province 6 are likely to come by tomorrow morning, Chief Election Officer Medini Prasad Poudel said.

Likewise, of the eight candidates, six have already been elected unopposed in Province 7. Hence, only two candidates competed in today’s elections. Those elected unopposed are Seri Ram Parki and Chakra Prasad Snehi from Nepali congress and Chhatra Raj Joshi and Mahesh Kumar Mahara are vying from left alliance. A total of 229 candidates voted in the election.

KATHMANDU, May 22: A meeting of CPN (Maoist Center) held at the central party headquarters on Monday in Peris Danda... Read More...