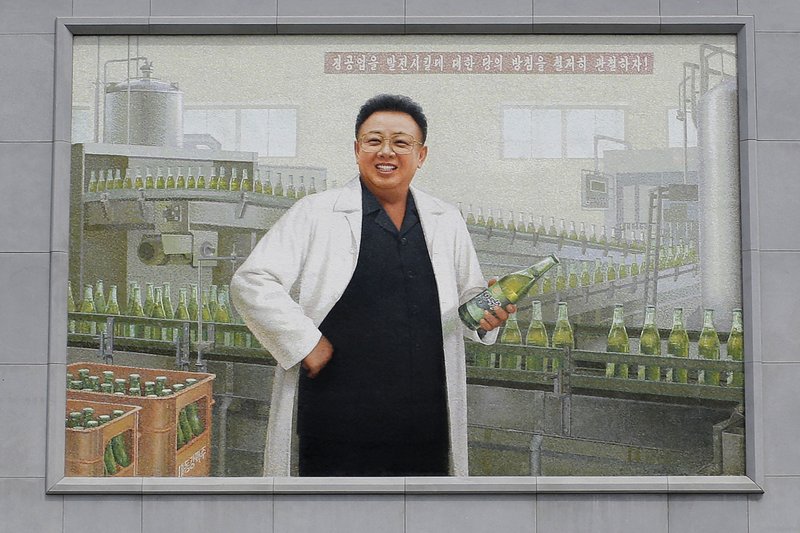 PYONGYANG, July 27: North Korea has suddenly canceled a popular monthlong beer festival, but people won’t be going thirsty in a country where brews are cheap and carry the ruling family’s seal of approval.

Last year’s inaugural festival along the Taedong River was a surprise hit with tourists and Pyongyang residents alike. This year’s event, scheduled to begin Wednesday, was scrapped for unknown reasons at a time when international criticism over the death of an American tourist and the July 4 test of Pyongyang’s first intercontinental ballistic missile have left the country’s nascent tourism industry in limbo.

North Korea’s premier brewery had crafted a new beer for the festival, and unveiled it Wednesday despite the cancellation. Taedonggang Brewery’s eighth specialty brew has not been bottled yet and does not even have a formal name, but it’s available in kegs as draft.

Taedonggang beers are generally reputed to be world-class, which is a matter of national pride among many North Koreans.

Though not as popular as soju, a much stronger, clear alcohol distilled from rice, beer is readily available all over the country and prices are low.

A pint at the Taedonggang beer hall just across the street from the sprawling brewery campus cost about $2. But beer at a stand-up bar on Pyongyang’s fancy new Scientists’ Street is sold by the liter for about 500 North Korean won, or about 6 cents if calculated at the unofficial but widely used exchange rate of roughly 8,000 won to the dollar.

Han Hyong Chol, head of quality management, told The Associated Press Taedonggang’s brewery pumps out 200 kiloliters (53,000 gallons) of beer every day to meet the demand of beer drinkers in the North Korean capital — a city of about 3 million — where it’s distributed to 160 beer halls.

According to brewery history, the plant on Pyongyang’s outskirts was built at the order of Kim Jong Il, current leader Kim Jong Un’s father, in 2001 and began production the following year.

“He instructed our managers and technicians that as a socialist country we must provide the people with the best beer in the world,” a guide replied when asked what kind of guidance Kim had to offer.

The state-run brewery employs about 700 people, but is mostly automated. It takes about 20 days to produce each batch of beer.

The brewery gave The Associated Press the public first taste of its latest brew, made from wheat and hops.

It’s not bitter, which is a plus. One comment was, oddly enough, “minty.” But it also seemed a bit flat, though that might have something to do with a lot of pre-taste-test jostling of the keg.

Brewery officials said they studied techniques and beers from around the world when setting up the brewery. It’s suspected they drew particularly heavily on British and German know-how, but Han had no comment on that.

Han also had no comment on the sudden cancellation of the beer festival, though it’s certainly another serious hit to the reputation of tourism in North Korea.

Pyongyang has been pushing tourism hard as a revenue stream, but the case of Otto Warmbier and others has raised safety and ethical concerns among potential foreign customers.

U.S. President Donald Trump is expected to soon formally announce a ban on travel to the country by American citizens after the death of Warmbier, a college student who was jailed for allegedly trying to steal a propaganda banner while visiting North Korea. He fell into a coma for unknown reasons soon after his March 2016 sentencing, yet Pyongyang revealed nothing about his condition for more than a year. The North allowed him to return to the U.S. last month, but he died days after coming home.

The number of Americans in North Korea is quite small — probably in the dozens, if that. Three are in prison.