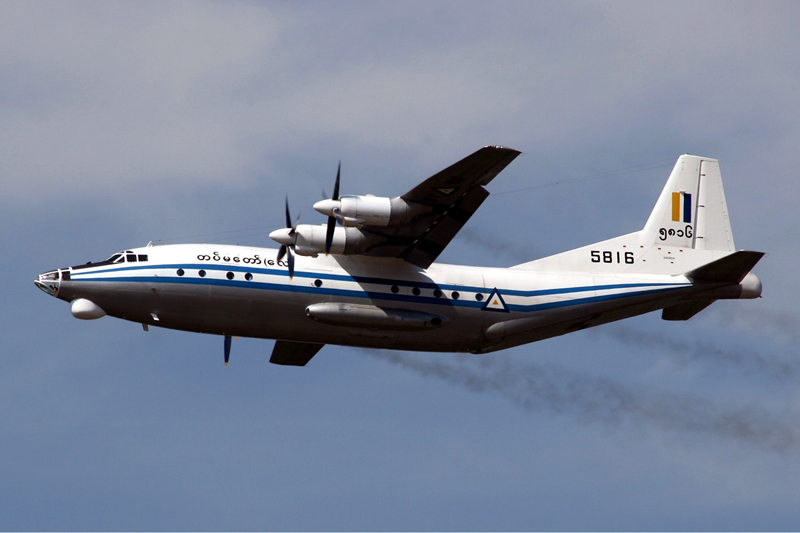 YANGON, June 7: A military transport plane with more than 100 people on board went missing Wednesday on a flight from southern Myanmar to Yangon, a military spokesman said.

“The military plane went missing and lost contact after it took off from Myeik, and now the military has started a sea and air search with naval ships and military aircraft and is preparing for rescue operations,” he said.

He said it was raining at the time, but not heavily.

Myeik, also known as Mergui, is a city in southeastern Myanmar on the Andaman coast. Much of the plane’s route would have been over the Andaman Sea.

An announcement posted on the Facebook page of the commander of the military, Senior Gen. Min Aung Hlaing, said the flight took off from Myeik at 1:06 p.m. and contact with it was lost at 1:35 p.m., when it was last seen on radar about 32 kilometers (20 miles) to the west of Dawei, formerly known as Tavoy.

“Four naval ships and two military aircraft have been searching for the plane since 2:00 p.m. up until now,” the announcement said.

MAHENDRANAGAR, July 9: Prem Rawat, 19, originally from Sherdaha Rural Municipality who was studying in Mahendranagar, has gone missing while... Read More...

TAPLEJUNG, July 16: A woman has gone missing in her attempt to escape a mudslide at a steep slope at... Read More...