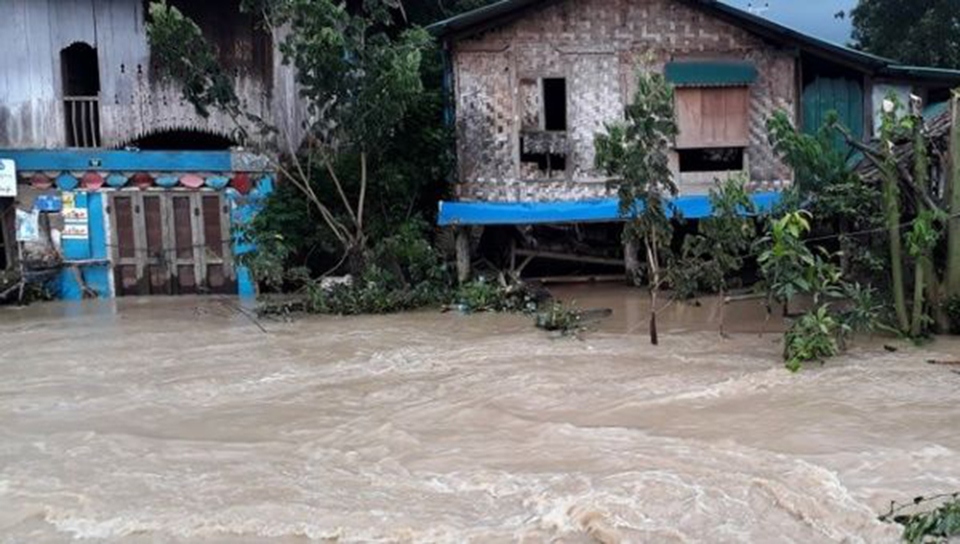 Work was underway Thursday to repair the dam, where the water level had dropped by several meters, exposing sandy banks. | Photo: Reuters

CARACAS, Aug 31: As many as 85 villages were flooded in Myanmar after a dam failed, unleashing waters that blocked a major highway and forced more than 63,000 people from their homes, local media reported Thursday.

The disaster spotlights safety concerns about dams in Southeast Asia after last month's collapse of a hydroelectric dam in neighboring Laos that displaced thousands of people and killed at least 27.

Firefighters, troops, and officials launched a desperate rescue effort on Wednesday after the spillway of an irrigation dam burst at Swar creek in central Myanmar, sending a torrent of water through villages and the nearby towns of Swar and Yedashe.

By Thursday morning the water was receding, but two people remained missing and were feared to have been washed away, said Min Thu, deputy administrator of Yedashe.

"People whose villages are on higher ground are preparing to go back to their villages," he told Reuters.

The ruptured spillway had flooded 85 villages, affecting more than 63,000 people and submerging a section of highway, the Global New Light of Myanmar newspaper said.

Traffic between Myanmar's major cities of Yangon and Mandalay and the capital, Naypyitaw, was disrupted after the flooding damaged a bridge on the highway linking the cities.

Work was underway Thursday to repair the dam, where the water level had dropped by several meters, exposing sandy banks.

A priority was to get as much water into the reservoir as possible before the dry season when it is needed for irrigation, said Kaung Myat Thein, an irrigation official at the Ministry of Agriculture, Livestock and Irrigation.

He said a probe would seek the cause of the dam breach.

"The retaining wall of the spillway sank into the foundation about 4-5 feet, causing the flooding, but the main dam is intact," said Kaung Myat Thein.

Days before the breach, authorities had given the all-clear to the dam, which can hold 216,350 acre-feet of water, despite residents' concerns about overspill, state-run media have said.

Kaung Myat Thein said the dam was regularly inspected and a spillway collapse could not have been predicted.

"We could not know one day before, one hour before," he said.

As floodwaters receded, elders gathered at Oo Yin Hmu, a village of about 1,000 people only a few miles downstream from the dam, to review the damage.

Paddy fields stretching from the edge of the village were inundated. It would be years before they could be planted with rice again, said Zaw Zaw, a 45-year-old farmer.

Residents ran to higher ground to escape the floodwaters, he said, but many lost their homes and possessions and were expected to ask the regional government for compensation.

"All of my farmland is turned into mud now. I don't have land or anything else anymore. I don't know what to do."