My tryst with social media 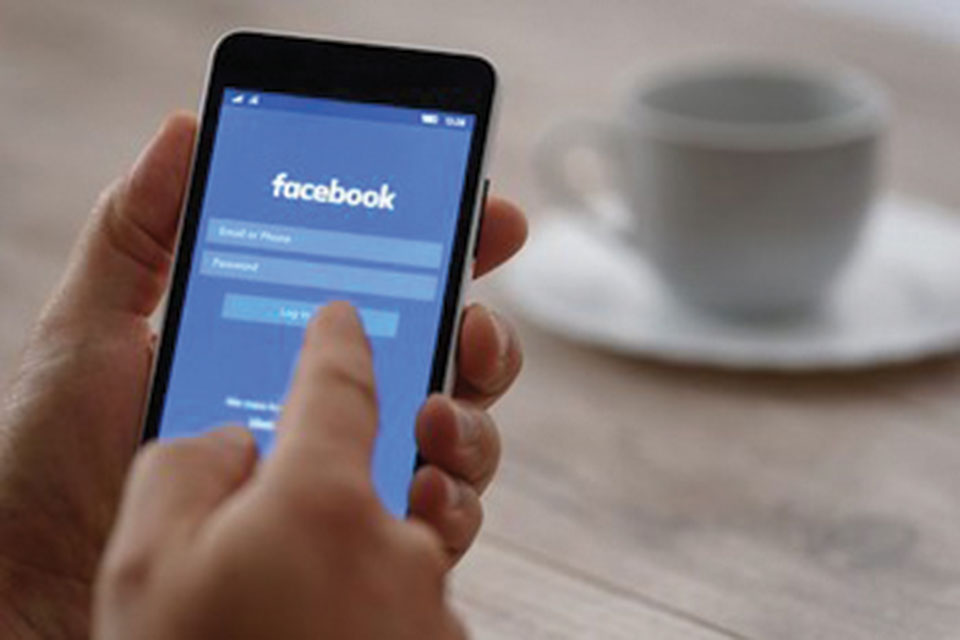 Self-aggrandizement is a universal longing. But social media has helped bring all its ugly facets to the fore

An urge to connect, communicate and share is inherently human. There is nothing queer about using social media in today’s virtual world. However, motivations to use them diverge vastly based on the worldviews and choices of statements we want to make.

Medium is the message. The medium is the manifestation of their menial, mental and maniacal inclinations most of the time. People instinctively choose the best social media platform to express themselves. Frivolities, fanaticism, sobriety, and sullenness get conjoined in the expression of the subject (read expresser) who immediately becomes the object of unparalleled public scrutiny.

In a sense, users of social media also get entangled in the web of their own making. The other day, I saw my spouse taking pains to hit ‘like’ button under photos uploaded by her Facebook friends. I read her blank face which did not exude any enthusiasm while hitting the button. Therefore, I asked her why she was engaged in the activity she did not seem to be so enthusiastic about.

To my surprise, she replied that she was paying back the favor. The vicious cycle of social media could not be starker.

Fascination of Facebook
I have lived out my share of social media episode too. A decade back, I was on cloud nine upon opening a Facebook account. It was something of a boon for me who treated printed words as the ultimate truth in the universe. My enchantment with the printed words dates back to my school days when the textbooks were stamped (read printed) with truth. Buying new textbooks in the start of new grade and academic session was something of a distant dream for me since I had to make do with faded and tattered old textbooks used by my elder brother. I always felt an indescribable pain when I saw my peers using textbooks with special smell covered in glistening and colorful Russian magazine pages. My enchantment with truth (printed words) even prompted me to steal copies of months old ‘Gorkhapatra’ national daily from the local post office. The newspaper  was originally subscribed by the then Village Panchayat Chief.

Nobody ever came to know how I manipulated the ideas from a couple of articles from ‘Gorkhapatra’ and finished first in the essay competition knocking down all the formidable competitors from the senior classes while in high school. Such was the power of printed words back then.

It felt as if Facebook had provided me with the weapon to exert my power to wield the truth to my heart’s content. Sending and accepting friend (to people known and unknown) requests was the vogue of the day.  I was not an exception either. The more the friends, better off everybody felt during those days.

It was a marvelous medium for self exploration, exposure, and expression toward earning social recognition through creative posts. Gradually, I realized Facebook was degenerating into a platform of contradiction, fake conviction and even propaganda. It was no longer a source of noble truths (printed words) for me. But it was degenerating as an ignoble platform for irascible people.

End of the affair
I am particularly not a fan of people preaching what they do not practice. I deem them to be the apotheosis of hypocrisy. And I concluded that such people were growing more and more megalomaniac and sadistic.    And, one day, I deleted my Facebook account convinced it was adding to unwarranted distraction and disorientation.

I intuitively left Facebook when it dawned on me that I was squandering my moments of ecstasy being super-conscious about thinking of ways to sharing them rather than savoring them. I realized that I had grown subservient to Facebook. I had been accustomed to seeing life through others’ prisms.  It was an unrelenting abdication of self in favor of mob mentality.

Self-aggrandizement is a universal longing. But social media has helped bring all its ugly facets to the fore. It has infiltrated every sphere of life in such an unprecedented way to the extent of opening floodgates of coarse cultural coition, unseemly hedonism, Epicureanism, and you name it. Its users have been relegated to carnival barkers coaxed into selling their own identity, personality, and privacy to the public.

The excessive use of social media itself is irreversible addiction. People become inveterate users of social media in the name of fighting desolation that proves an anathema to peaceful and quiet way of life.

Connecting with fans, followers, friends, and families to sharing joys, essential and useful information is always good. Politicians connecting with their constituents, celebrities conversing with their followers and people trying to help the neediest classes through fundraising and crowdfunding platforms like GoFundMe are appreciable efforts.

Social media has to be the sole vehicle for sharing inspirational stories, celebrating the power of love, humility, kindness and beauty and spreading positive messages.

French philosopher René Descartes says: “Cogito, ergo sum” (I think, therefore I am). This Cartesian philosophy takes rationality to be the lodestar of human existence. But the social media has taken its toll on the very rationality upon which human civilizations have thrived and flourished historically.

There are innumerable positive vibes available to be imbibed from the virtual world rather than be overwhelmed by the cacophonous distortions rampant in the social media world. Inconsiderate users of social media try to create their own narratives nonchalantly downplaying the facts. This clash between narrative and facts never augurs well for healthy dialogue in any civilized societies.

Quest for truth
It is the character that counts. Words of compassion from a public character go a long way in creating consonance while words of callousness corral dissonance and destruction.

Moreover, it has emerged as the most polarizing perpetrator as people have been most comfortable in seeking to listen and talk to people who agree one hundred percent with them. This is how social media is prompting people to shut off detractors and live in self-made cocoon of prejudices and instant gratification. And this instant gratification is nothing but an extension of ego that rarely aligns with ‘they’.

Technological advancement and proliferation of social media has only advanced avenues of inflated egos (‘I’). It has eventually elevated vanity and aggravated the defenestration of values. Humanization of technology is still a dream deferred.

Now finding the truth in the barrage of social media world is as challenging as trying to glean in the fields foraged by famished monkey troops.

The author loves to write on contemporary issues, nature and culture
baburamnyaupane1@gmail.com

Kamalaris are still not free

Where are Sino-Indian relations heading?

China and India can create a new security and foreign policy paradigm consistent with the dynamics of time and technology... Read More...