Muslims most unpopular group in US: report 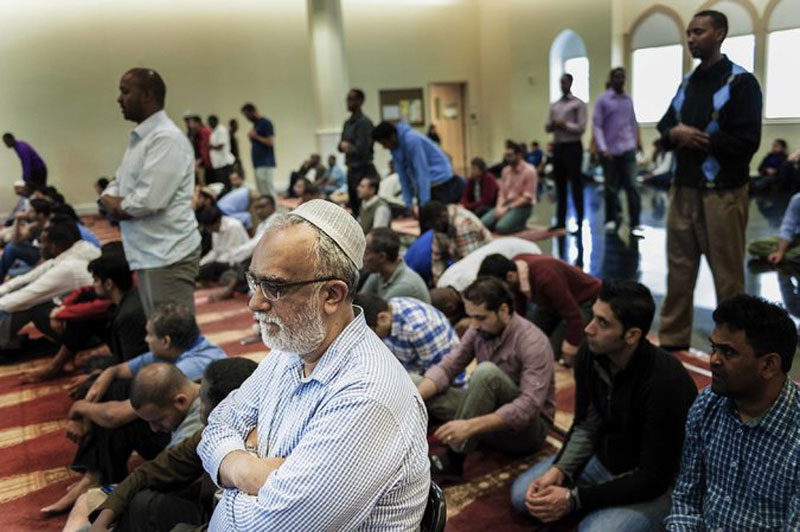 A report from sociologists at the University of Minnesota demonstrates the negative attitudes toward Islam are not only higher than those toward any other religious or non-religious group, but are also rising at a faster rate.

The report analyses data from the 2014 Boundaries in the American Mosaic (BAM) Survey, designed to replicate and expand on a 2003 American Mosaic Project study of religion, race, and diversity, which investigated anti-atheist sentiment. Based on 2,521 surveys with a random sample of American adults, the report found that in the 10-year period between the two studies, Muslims surpassed atheists as the religious or non-religious group Americans felt most at odds with.

In 2003, nearly 40% of respondents said they believed atheists didn’t agree with their “vision of American society”. Roughly 26% said the same about Muslims.

10 years later, roughly 42% said atheists did not share their vision of American society. On the other hand, the figure rose to 45.5% for Muslims. The increase was higher than any other group looked into, including immigrants, conservative Christians, African Americans and those from the LGBT community.

Negative feelings toward Muslims in the US have led to an increase in hate crimes against Muslims. There have been over 100 hate crimes targeting Muslims in the US since the Paris terror attacks last November, according to group Muslim Advocates. The Bridge Initiative also found that there were more acts of anti-Muslim violence and vandalism in 2015 than in any year since the 9/11 attacks. Huffington Post has recorded over 260 acts of anti-Muslim violence, discrimination and political speech in the country so far in 2016.

“It’s just really alarming to see that no matter how many times we publicly talk about these incidents, there still doesn’t seem to be an end in sight,” Muslim Advocates staff attorney Madihha Ahussain told Huffington Post.