Muslim schoolboys in Australia ‘excused’ from shaking hands with women 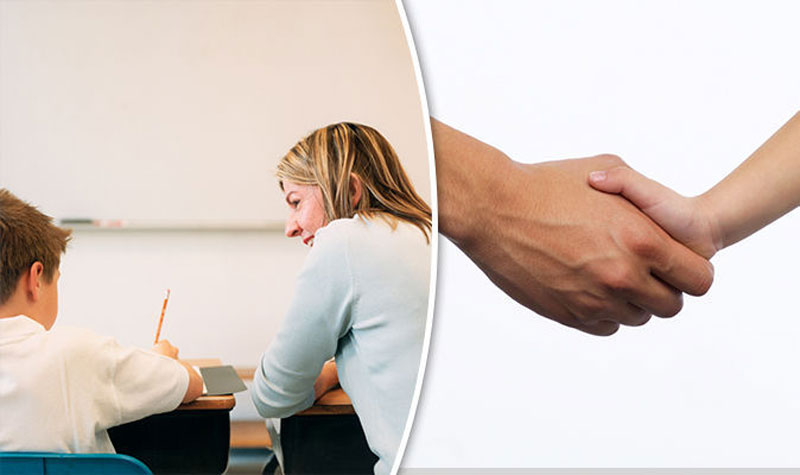 A public school in Australia has allowed Muslim schoolboys to refuse to shake hands with women.

Students of Hurstville Boys Campus of Georges River College opted to place a hand across their chest instead of shaking hands of female presenters at an award ceremony.

The New South Wales Department of Education agreed to this protocol after consulting with parents, staff and the students.

A spokesperson for the department said that the principal explained the invited guests on the school’s 2016 presentation day to recognise and respect the cultural, linguistic and religious backgrounds of all students, with the intent to promote an open and tolerant attitude.

The Sydney school’s interpretation of hadith is controversial among Muslim leaders in Australia. Australian Federation of Islamic Councils president Keysar Trad said that he used to follow the teachings until he realised that the country’s Grand Mufti Ibrahim Abu Mohammed was willing to shake women’s hands.

“The Islamic teachings offer great respect and protection for women,” he said. “There are differences in interpretation.”

Trad said, “I used to apologise profusely and pray they were not offended, I used to feel so guilty. I did some research and they explained the whole idea is to protect women from unwelcome touching, if it’s an innocent handshake, it’s OK. It’s better not to offend a woman. I changed my approach.”

NEPALGUNJ, March 7: When a daughter was born to a Muslim family in Eklaaini town of the district, Amanat Alisa, the... Read More...

The dotted Muslim daughters that are empowering women

NEPALGUNJ, March 8: When a daughter was born to a Muslim family in Eklaaini town of the district, Amanat Alisa, the... Read More...