Musings of a maverick minister 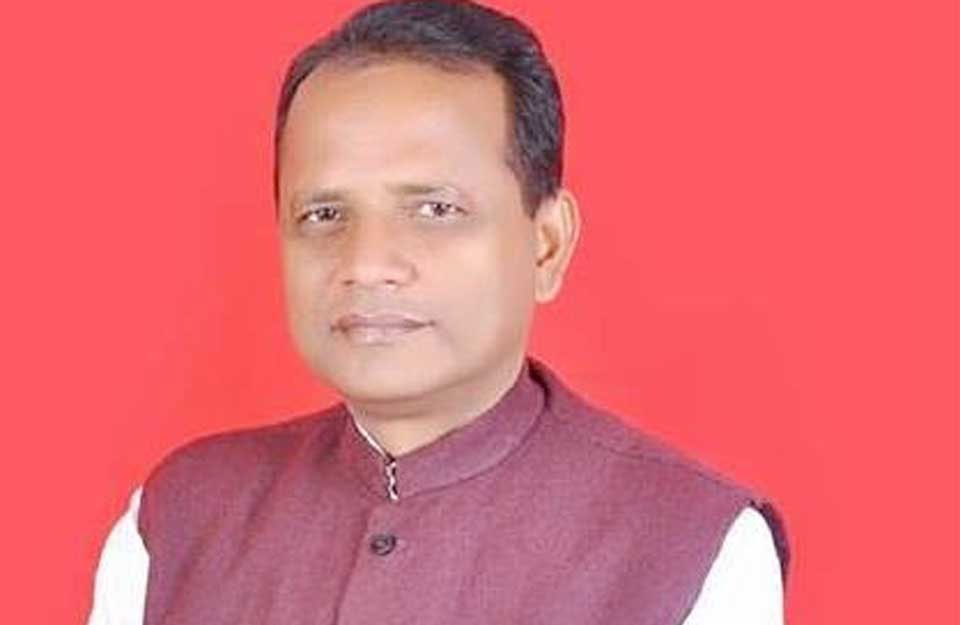 The most high-profile action Lalbabu Pandit led as a Minister was his crusade against government officials requiring them to either give up their permanent resident status or quit
When he was the Minister of General Administration, Lalbabu Pandit made headlines with his outspoken crusade against government officials who held dual nationality or permanent residency in other countries. He was also known for such antics as riding on a bicycle to go to his office flying the national flag as a sign of defiance against the Indian blockade of Nepal. More recently he acquired the reputation of being one of the most frugal candidates who won in a national election against a prominent rival who outspent him hands-down.

It will be worth watching if his party will give this determined politician a chance in the new government.

Lalbabu Pandit has now written a short autobiography: “Singhadurbar Badalné Sangharsha” (Publication Nepalaya, 2017) that contains his musings about what principles and ideals motivate one of Nepal’s more colorful politicians.
Written in a simple and elegant style, Pandit’s book paints the picture of a man of principles, with clear convictions and strong determination to pursue what he considers to be in the best national interest of Nepal.

His simple, frugal life-style and distaste for spendthrift politicians, bureaucrats and lobbyists is rare among senior Nepali politicians these days. He says and seems to live by the conviction that he got into politics with the intent of serving the people, not for seeking personal perks. He sounds like a committed anti-corruption advocate and gives examples of how he refused to accept tempting offers of bribes in exchange for certain favors that is so common among his peers.

Pandit expresses deep concern about how election campaigns are becoming prohibitively expensive, and political leaders and parties, including his own CPN-UML, are becoming vulnerable to undue influence by contributors to election campaigns and party coffers. He laments that increasingly political parties are “selling” candidatures to the highest bidders, including those with strong vested interests and criminal backgrounds.

During the most recent national election, Pandit was acknowledged as one of the few candidates who managed to conduct his election campaign well within the spending ceiling prescribed by the National Election Commission and won against a heavy-weight competitor. Drawing lessons from experience, he advocates for judicious public financing of election campaigns for a small number of political parties that meet a certain sensible threshold.

Although he hails from Tarai Madhes and is a strong champion for inclusion, non-discrimination and equal opportunity for deprived and marginalized communities, he does not subscribe to the militant and divisive rhetoric and actions of most Madhesbadi leaders and activists who champion identity-based politics.

This is quite noteworthy given that he has often personally experienced and suffered from discriminatory behavior precisely because he is a Madhesi and looks visibly different from people of the Pahadi stock. But he takes the enlightened view that such problems can and should be solved through education, affirmative action and inter-mingling of the people of different communities.

Pandit’s early education in the hill town of Tansen, Palpa apparently enabled him to get to know and get along with the Pahadi people and appreciate cultural diversity. Even when he faced degrading and discriminatory behavior at times in Tansen as well as in Kathmandu, he was able to overcome it through proactive confrontation and principled conciliation rather than resorting to communal politics.

The author recounts his challenging and fascinating experience as a trade union leader; his multiple stints in Nepal’s jails and police custody; and his life as an underground Communist party activist and organizer during the bad old days of the oppressive Panchayat regime. His efforts as Chair of the Landless Commission (Sukumbasi Ayog) to provide land to the landless, and prevent this scheme from being taken advantage of by other undeserving claimants was apparently one of his notable achievements.
Having been mentored and inspired by the charismatic Communist party leader Madan Bhandari, Pandit embraced and emulated his mentor’s progressive ideals and nationalistic sentiments.

Pandit recounts in considerable detail his efforts to improve the civil service system when he was Minister of General Administration against considerable odds and resistance not only by other Ministers in the same cabinet from the rival political party, but also by the bureaucracy and trade union activists of his own party. Through sheer tenacity and determination, he did manage to persuade his fellow Ministers and legislators to enact an administrative reform law that better regulates the civil service.

The most high-profile action Pandit led as Minister was his crusade against government officials requiring them to either give up their permanent resident status in other countries or quit their jobs. This campaign gave him much notoriety and visibility, but also dragged him into some controversy.  He was regarded as a hero by some and as villain by others. He used much of his political capital in this populist campaign and considers its success as his crowning achievement.

Objectively, one wonders whether Pandit’s single-minded focus on the DV/PR issue was really worth the effort in terms of its benefit to the nation. Perhaps many more Nepalis would have benefitted far more if he had managed to devote more time and energy to two other important initiatives that he launched but failed to follow through.

These concerned the establishment of a Labor Bank and better regulation of the informal money transfer (hundi) system that migrant workers use to send their remittances from abroad. If properly administered, the Labor Bank could spare millions of Nepali migrant workers from being exploited by unscrupulous manpower agencies and money-lenders. Nepal’s economy would benefit enormously from better-investment of their remittances for national development. And a very large number of migrant laborers could be helped to invest their remittances in productive sectors with appropriate skill-training and job creation.

It will be worth watching if his party bosses will give this colorful and determined politician a chance in the new government to complete these worthwhile unfinished tasks.

The author is a former Assistant Secretary-General of the United Nations, Deputy Executive Director of UNICEF and author of Lost in Transition: Rebuilding Nepal from the Maoist mayhem and mega earthquake (2015) kulgautam@hotmail.com