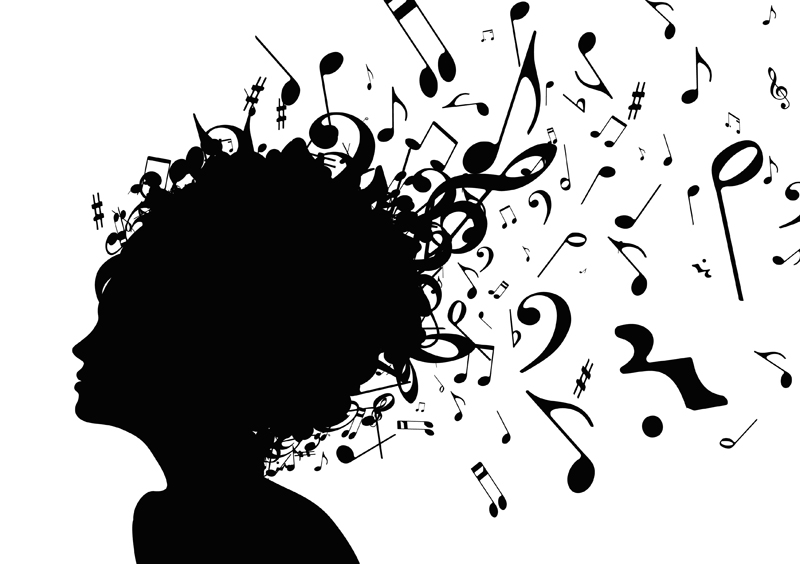 If you are one of those people who appreciate a good tune and a good book equally, then you will definitely like these books we have picked out for you this week. From autobiographies of legends to books that will better your understanding of why you like certain melodies, these titles on music and its masters will have you hooked.

Can’t Stop Won’t Stop
by Jeff Chang
Most hip-hop histories deal in mythic imagery: the early graffiti heroes who turned dilapidated subway cars into rolling art galleries or block parties with sound systems that would dim streetlights. In Can’t Stop Won’t Stop, Jeff Chang couldn’t be less concerned with legend. He discusses the political and social circumstances that allowed the music and the subculture to exist in the first place. Before we talk about music, we learn about crippling South Bronx poverty, epidemics of arson, civil rights movements, racial tensions, and gang meetings that Chang depicts as a less-cartoonish version of the opening scenes from The Warriors. So when music eventually does come into the picture, we know a whole lot more about the world of the people making it. Can’t Stop Won’t Stop is a powerful cultural and social history of the end of the American century, and a provocative look into the new world that the hip-hop generation created.

Chronicles: Volume One
by Bob Dylan

Bob Dylan’s memoir is completely unpredictable. While fans attuned to Dylan’s wavelength didn’t expect a faithful re-telling of his life when the mercurial icon delivered Chronicles, Volume One in 2004, it’s likely few were truly prepared for the book’s crazy quilt of storytelling, metaphysics, myth doctoring, and even some genuine revelation. Chronicles provides snapshots from three distinct stages of Dylan’s career with the biggest chunk following the fledgling career of a young Minnesotan named Robert Zimmerman as he moves to Manhattan in the early 60s and gets indoctrinated into the city’s legendary folk scene. It’s the most historically significant portion of the book and also the best; not because Dylan plumbs the depths of his own poet’s soul, but because he renders such a wonderful account of the scene itself and of the musicians who inspired him. This book is a mesmerizing window on Bob Dylan’s thoughts and influences.

This Is Your Brain on Music
by Daniel J. Levitin
Applying the tools of neuroscience to music is actually a relatively recent field, stimulated by the development of live-brain imaging technology and computational methods. Levitin’s research blends these futuristic practices with some simple tricks – one experiment simply has him asking non-musician subjects to sing their favorite song, and it found that people have the remarkable ability to nail the correct pitch and tempo from memory. Levitin doesn’t poke and prod music like a lifeless corpse, but tackles questions that listeners love to debate. What makes a good song? How does musical taste form, and can it be changed? Do musicians perceive music on a neural level differently than non-musicians, and are non-musician critics full of it? Levitin even dips into the role of music in human evolution. This is perhaps no better tour of the neuroscience of pop. Taking on prominent thinkers who argue that music is nothing more than an evolutionary accident, Levitin poses that music is fundamental to our species, perhaps even more so than language.

The Tao of Music
by John Ortiz
In The Tao of Music: Sound Psychology, Ortiz blends the extraordinary power of music with the principles of Taoist philosophy to deliver an unusual yet captivating proposition: You can enlist your music library in improving your performance and state of mind across everyday challenges like keeping anger at bay, breaking the spell of procrastination, learning to be fully present with romantic relationships, and mastering the art of true relaxation. Through cognitive-behavioral exercises, meditative techniques and melodic visualizations, Ortiz offers a powerful music-driven toolkit for navigating life’s obstacles, and even curates specific “musical menus” of songs and melodies that target specific emotional states and psychological dispositions. Oritz has tapped the power of music by combining it with established psychological techniques and Taoist ideas to create an innovative concept.

Not Dead Yet
by Phil Collins
Here Phil Collins tells the story of his epic career, with an auspicious debut at age 11 in a crowd shot from the Beatles’ legendary film A Hard Day’s Night. Collins has never been afraid to poke fun at himself. And since he knew there was a huge army of Genesis and Collins solo fans dying to know every detail of his incredible life, he serves it all up with incredible candor. Collins explains how he hit rock bottom after his wife left him in the mid-2000s and took their young kids with her. He eventually winds up a sad drunk forcibly sent to a rehab center after nearly dying of pancreatitis. The book nearly wraps up on that grim note, but thankfully he cleans up, re-marries his third wife, moves back in with the kids and begins plotting a comeback tour. Not Dead Yet is Collins’ candid, witty, unvarnished story of the songs and shows, the hits and pans, his marriages and divorces, the ascents to the top of the charts and into the tabloid headlines.

Playing with words and questions are one of the perfect ways of spending time. We all want people (especially teachers)... Read More...