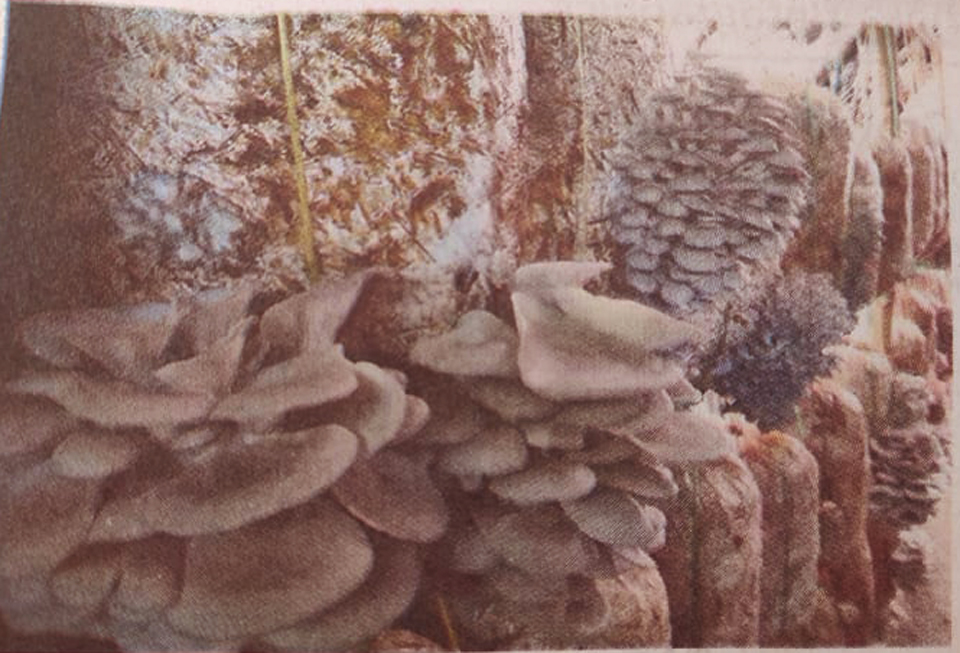 DADELDHURA, Nov 10: At a time when many of his colleagues are leaving the country for foreign employment, a young man in Dadeldhura easily makes Rs 100,000 a month through mushroom farming.

His friends and family consider him to be an exemplary character in the society and an inspiration to youth through his local entrepreneurship.

Due to unemployment at home, he wanted to go to South Korea for job. He had even started learning Korean language. But when he came to Kathmandu, he saw farms along the way and thought of doing something in the field of agriculture. Instead of leaving the country, Khemraj returned home and started mushroom farming.

It has been three years since he started mushroom farming. He has leased land at Maurada-2, Amargadi Municipality. "At the moment, I am planning on expanding the area by 2 to 3 ropanis."

"The labor we invest abroad can reap us double the income in Nepal."

He said that the mushrooms are being sold for Rs 200 per kilo in the market.

"My family was worried of the investment as they did not know about mushroom farming," he said, "But now the family supports my work fully seeing my income."

However, Joshi has not got any support from the local government that is coming up with programs to retain the youth in the country. He said: "Different local level units are just showing off as if they are working to make the country self reliant on agriculture. But we are yet to feel the benefit of the government programs," he said. "It would be really helpful for the youth like me if the local government provided any initial support."

According to him, the local government has been making investments in many different areas but not in mushroom farming.

“There are challenges in market management, so assistance from stakeholders would help,” he said. “Locals here prefer mushroom to meat products.”

Traditional round shaped house at Dadeldhura, Tanahun, build for attracting tourist and preserving the culture. These traditional houses are on... Read More...