Murray to attempt comeback if his body allows it 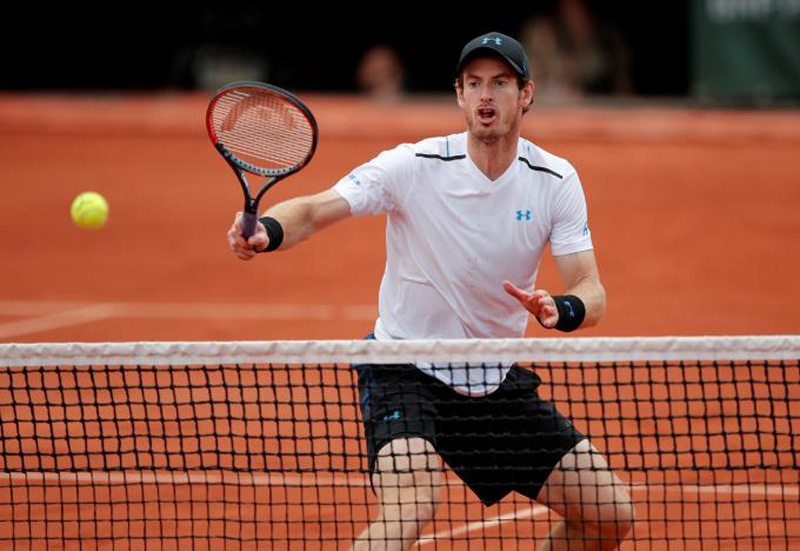 LONDON, April 28: Former world number one Andy Murray said he is under no pressure to return to competitive tennis after undergoing hip resurfacing surgery earlier this year but he would attempt to make a comeback if his body allowed it.

The three-times Grand Slam champion said at this year’s Australian Open that constant pain in his hip had brought him to the verge of quitting the sport but revealed last month that he was pain free after the procedure in January.

“I have been hitting the ball from a stationary position but I haven’t been doing any movement,” Murray told BBC at Sunday’s London Marathon where he was invited to fire the starting pistol for the elite men’s race.

“I don’t feel any pressure to get playing again but if my body will allow, I will try.”

Murray had posted a short video on social media earlier this month which showed him hitting the ball in an outdoor court while rallying with a wall and followed that up with a video of himself playing a round of golf.

“The hip is really good and there is no pain any more,” Murray added. “I’m just a bit weak from the incision in the operation. I’m pain-free, happy and enjoying my life.”

Murray had previously said he would target a comeback at Wimbledon, albeit as a doubles player. His mother Judy had said earlier this week that he was “cautiously optimistic” he would be able to play tennis again this season.

This year’s Wimbledon begins on July 1.

PARIS, May 27: Petra Kvitova withdrew from the French Open on Monday due to an injury to her forearm, hours before... Read More...

ROME, May 16: Top-ranked Naomi Osaka comfortably beat Dominika Cibulkova 6-3, 6-3 in the first of her two matches at... Read More...