Murray claws out victory to give Britain lead, Serbia win 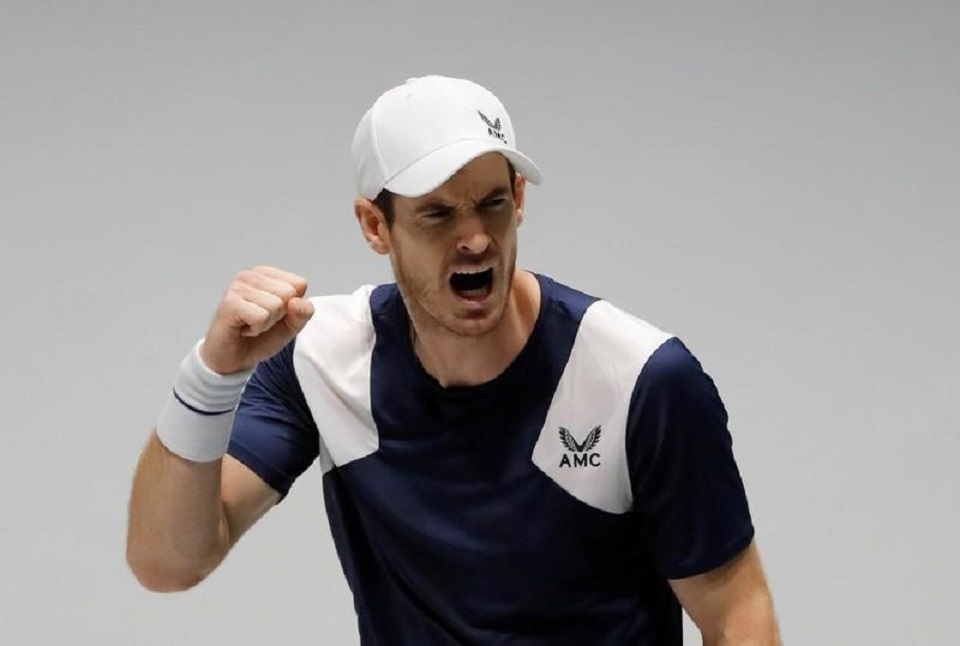 MADRID, Nov 21: Andy Murray gave Britain a winning start in their opening Davis Cup Finals tie against the Netherlands but only after suffering a huge scare against an inspired Tallon Griekspoor on Wednesday.

After nearly three hours, Murray, playing in his first Davis Cup tie since 2016 and only five months after returning to the sport following career-saving hip surgery, clawed out a 6-7(7) 6-4 7-6(5) victory to put his team 1-0 up in the Group E clash.

The 23-year-old Griekspoor was playing only his second Davis Cup rubber but rose to the occasion and twice came within two points of victory in a nerve-jangling deciding set on a raucous Court 3 at La Caja Magica.

Murray boasted a proud 30-3 win-loss record in Davis Cup singles going into the match against 179th-ranked Griekspoor but he appeared to be slipping to defeat when he trailed 4-1 in the deciding set as his Dutch opponent ran him ragged.

But even below his best, the former world number one is never more dangerous than when his back is to the wall and he took advantage of a lapse from Griekspoor to level the set.

Serving at 4-5 he slipped 0-30 behind but again responded to the crisis with stubborn resolve.

Griekspoor then led 4-1 in the tiebreak but Murray showed incredible defensive skills to somehow win a point at 4-3 and level again. Griekspoor edged 5-4 in front but a Murray ace at 5-5 gave him match point and Griekspoor netted a backhand.

“I am relieved right now,” the three-time Grand Slam champion, who looked physically spent at the end, said on court. “I didn’t deserve to win that match, I fought hard but he was dictating the points.

“He was going for it and taking chances on his serve. It’s difficult when guys are playing like that.”

British number one Dan Evans will take on Robin Haase in the second singles match with the Dutch needing to win it to avoid an early exit after losing to Kazakhstan on Tuesday.

While the atmosphere on Court 3 was electric, over on the 12,500-seat Centre Court it was far more muted as Novak Djokovic sealed victory for Serbia in their Group A opener against Japan.

The standout evening match sees Belgium take on Australia to decide who will win Group D and progress to the last eight.

Leadership Development: The Peril of Ignoring the Emotional Domain
17 hours ago