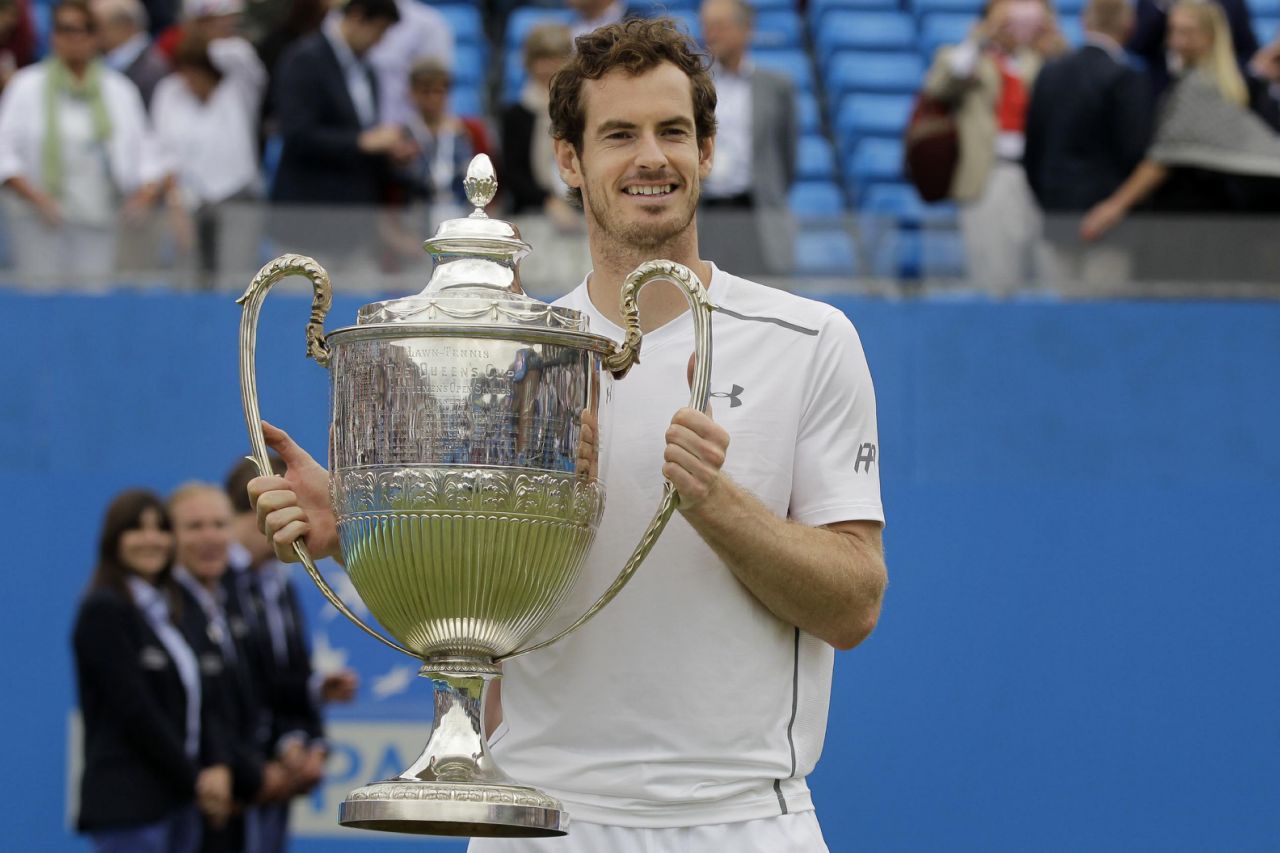 LONDON, June 20: Britain's Andy Murray claimed a record fifth title at Queen's Club on Sunday as the top-seeded defending champion recovered from a set and 3-0 down to beat Milos Raonic 6-7 (5), 6-4, 6-3.

Neither player faced a break point in the opening set, and after taking the tiebreaker Raonic made an intimidating start to the second by dropping just one point in the first three games.

Murray appeared to be overwhelmed, but he responded by winning the next five games en route to leveling the match.

Continuing his momentum in the final set Murray broke to lead 1-0, and a further break at 5-3 secured him his second title of the year.

"It's a tournament that obviously means a lot to me," Murray said.

"It always has a great field and the players I have beaten in the finals, a lot of times have been top players. It's not like I have had easy finals."

Murray was one of eight players to have won the title four times since the event began in 1890, and is the first to have retained his title since Andy Roddick did so in 2004 and again in 2005.

The record books favored Murray, who is second only to Roger Federer among active players in the number of grass-court titles won. In addition to his five victories at Queen's Club, Murray won an Olympic gold medal in 2012 and the Wimbledon title a year later.

As well as being the first meeting on grass for Murray and Raonic, Sunday was the first time that Ivan Lendl and John McEnroe have met as coaches. Lendl has returned to Murray's coaching team and McEnroe is working with Raonic.