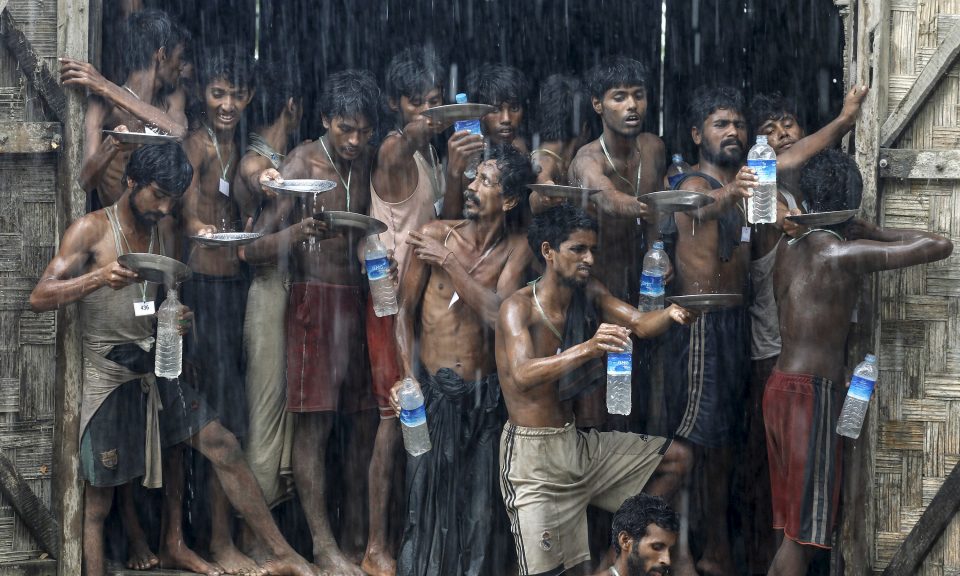 BANGLADESH, Aug 17: A spate of bloody killings is fuelling unease in the Rohingya camps on the Bangladesh-Myanmar border, where overstretched police are struggling to protect nearly a million traumatised refugees from violent gangs.

Just 1,000 police officers guard the labyrinthine shanties that make up the giant camps and authorities want to more than double the force in the wake of the murders.

Three respected community leaders are among those slain in what police suspect is a power struggle between Rohingya gangs in the refugee slums in camps around Cox's Bazar.

One, Arifullah, was stabbed 25 times on a busy road in June and left in a pool of blood. The other two were killed in their shacks just days apart by masked assailants.

Police in the crime-ridden Cox's Bazar district are investigating 21 refugee murders, many in recent months, which they blame on score-settling and turf wars.

Many in Kutupalong, the world's biggest refugee camp, and others nearby, say the unchecked violence leaves Rohingya families at the mercy of criminals.

- Cashing in on misery -

"When the gangs come into the camps, people call the police. But they only arrive after the criminals are gone," said 16-year-old Runa Akter, whose father disappeared in July with a relative who was later found dead.

Police only filed a case after her uncle's body was found, she said.

"We are scared. We are especially worried about my brother, because there have been threats to kidnap and kill him," the anxious teenager told AFP. "I don't want to lose anyone else in my family."

A police investigator, SM Atiq Ullah, said no suspects had been identified so far.

Criminals have long preyed on the Rohingya camps however.

The scourge has intensified since an army crackdown in Buddhist-dominated Myanmar drove nearly 700,000 of the stateless Muslim minority into Bangladesh last year.

Hundreds of Rohingya refugees have been arrested since the August influx for rape, drug offences, human trafficking and weapons possession, among other crimes.

Afruzul Haque Tutul, a senior police officer who until mid-August was deputy chief of Cox's Bazar, said gangs cashing in on the human misery were extorting "huge money" from new refugees desperate for land, shelter and food.

Among the bodies was Arifullah, one of the "mahjis" or community leaders tasked with overseeing day-to-day camp affairs.

As an English speaker, he met with dignitaries and liaised closely with police -- a position of power Tutul says could have irked rivals.

Arifullah's wife blamed Rohingya militants for the death of her husband who was surrounded and stabbed by a group of men.

She told AFP that Arifullah was a "big critic" of the Arakan Rohingya Salvation Army (ARSA), the shadowy group whose attacks in Myanmar sparked the military reprisals.

Bangladesh denies the militants have a foothold in the camps and the group distanced itself from crime in a rare January statement issued after two mahjis were murdered.

"It is very challenging, and sometimes threatening, being a mahji," said Arifullah's right-hand man, Abdur Rahim, who took over four days after his friend's killing.

Just a day earlier, a mahji in a neighbouring camp was savagely beaten by a mob but there were not enough police to deter violence, he told AFP in his bamboo office in Balukhali camp.

Tutul said patrols had been increased but forces were spread thin. Some 1,500 additional officers had been requested from Dhaka, he added.

"Definitely it's a huge task. We are trying our best to control the area," he told AFP.

As the body count climbed, Bangladesh's Daily Star newspaper in July printed an editorial declaring it "amateurish to hope that less than 3,000 police would be enough" to guard one million desperate people.

The murders and other unexplained crimes have eroded trust in law enforcement and underscored gaps in policing.

On one recent visit, AFP reporters saw a police unit armed with shotguns and sticks patrol a camp near where two men were found dead in July.

But a community leader, who requested anonymity, said: "There are no police after midnight. Even during the day, during their shifts, they often stay in their posts."

"That is why Rohingyas do not come forward. They are scared. In your town, if criminals or terrorists or robbers were there, definitely you will be scared," Tutul said.

Aid groups are installing floodlights to improve safety, especially for women, and police checkposts are planned for vulnerable areas of the dense slums.

But Mohibullah, an influential Rohingya leader, said policing such ghetto-like conditions was difficult and crime was inevitable.

"It is very bad," he told AFP. "But, we think the refugee life is like this."