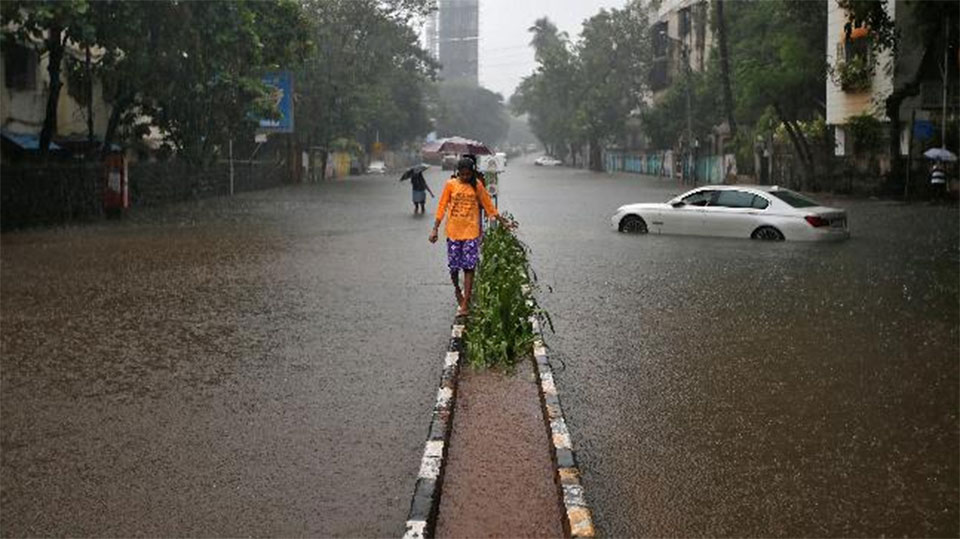 In a traffic update, the Mumbai Police said that no waterlogging has been recorded in the past few hours. "Traffic running smoothly at Powai-JVLR-Eastern Expressway. No major traffic congestion reported," Mumbai Police tweeted.

However, there were reports of waterlogging near a foot overbridge at Kurla station.

Heavy rain has also created a flood-like situation in Thane.

"Due to water over 180 mm on Up fast line at Nallasopara, traffic stopped on it, hence there is a delay of about 15 minutes in suburban trains. Other 3 lines at Nallasopara working with trains running on restricted speed," Western Railway tweeted.

An advisory has been issued for fishermen to not go out in the coastal and open sea during next 24 hours as the sea will be rough.

On Saturday the city had witnessed a heavy downpour, especially in the suburban areas. A woman was electrocuted in Ghatkopar area of Mumbai and two people were swept away in heavy rain in neighbouring Thane district. Between Saturday morning and early Sunday morning, the suburban areas of Mumbai had witnessed approximately 133 mm of rain while the city area saw only 50 mm of rain approximately.

KATHMANDU, May 17: Heavy rainfall the Kathmandu Valley is witnessing these days is expected to continue for a few more... Read More...

KATHMANDU, March 10: The sudden change in weather due to the influence of westerly wind is likely to bring rain showers... Read More...