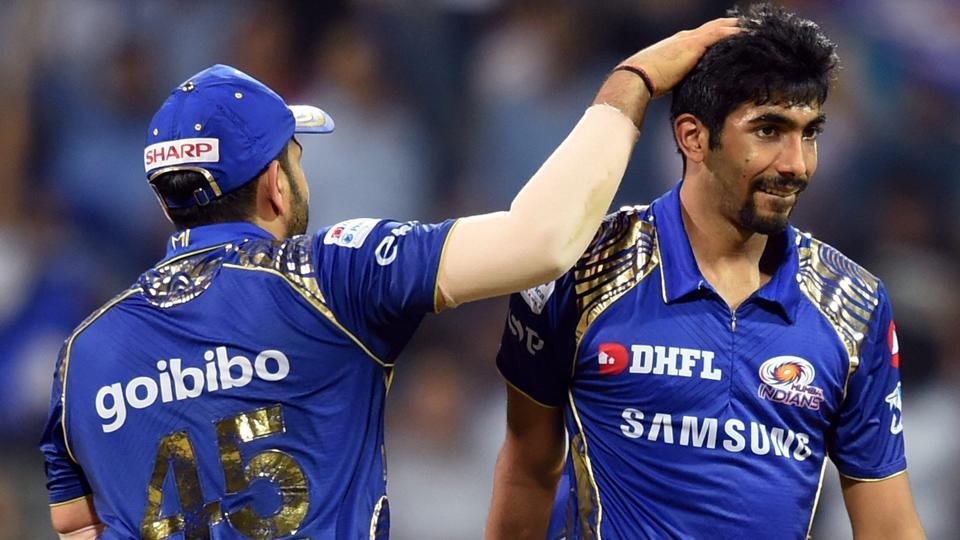 May 17: The Mumbai Indians versus Kings XI Punjab contest in the Indian Premier League (IPL 2018) proved to be an edge-of-the-seat thriller with two prizefighters, KL Rahul and Jasprit Bumrah, making it a contest to remember with inspired displays.

To the delight of the home crowd, Bumrah (4-0-15-3) stole the thunder to win the game for Mumbai Indians and keep their hopes alive of making it to the playoffs.

The three-run win took Mumbai Indians’s tally to 12 points from 12 games, the same as Kings XI Punjab. Mumbai Indians have a better run-rate and an easier last game, against bottom-placed Delhi Daredevils while Punjab face the in-form Chennai Super Kings.

In a sparkling knock of 94 (60 balls), Rahul had threatened to take the game away from the home team, while chasing 187 for win.

While his teammates were getting hammered, pace ace Bumrah gave nothing away, refusing to be cowed down by Rahul’s onslaught. The pacer brought the house down on the third ball off the 19th over by claiming the all-important wicket of Rahul while conceding just six runs. With 17 runs off six balls, Mitchell McCleneghan did well to defend.

The target was stiff but Kings XI Punjab showed no signs of panic. Displaying ice-cool nerves, KL Rahul was holding centrestage. At the end of the 15th over, Kings XI were 127 for one, the equation reading 60 off 30 balls. Mumbai Indians young leg-spinner Mayank Markande added to the pressure by bowling four tight balls. However, Rahul smashed two massive sixes off the last two balls to make 42 off 24 balls. With nine wickets in hand and Aaron Finch also well set, Kings XI had the edge.

Cheered on by a vociferous home crowd, Bumrah stepped up to the occasion and struck on the first ball of the next over to send back Finch, who shared an 111-run partnership with Rahul. Four balls later, Bumrah struck again to send Marcus Stoinis, while conceding just four off the over.

With 36 needed off 16 balls, the pendulum had swung. Rahul’s response: he played a ferocious hook shot off Ben Cutting and then smashed back to back fours with reverse hits, to make it 24 off 13 balls. However, Bumrah had the last laugh, not conceding a single boundary.

The chase was thrilling to watch. It was not just the runs, Rahul oozed class in a fine exhibition of strokeplay, playing around with the field more than using raw power. 57 runs were scored in the powerplay overs by Kings XI to ensure they kept up with the Mumbai Indians innings, who had been 60 for three at that mark.

At the other end, Aaron Finch was also playing solidly. The big shots had been played against the pacers, and when Mumbai Indians introduced their spinners, Krunal Pandya and Mayank Markande, the two consolidated with risk-free batting.

In bowling, Andrew Tye was the star performer for Kings XI, finishing with figures of 4-0-16-0, his third four-wicket haul in this IPL.

But, despite an inspired effort from the Kings XI Punjab pacer, Mumbai Indians did well to reach a total of 186 for eight.

For Mumbai Indians, Kieron Pollard finally came good, keeping them in the game with a 23-ball 50 (5 fours, three sixes).

Four tigers released back into the wild
30 minutes ago