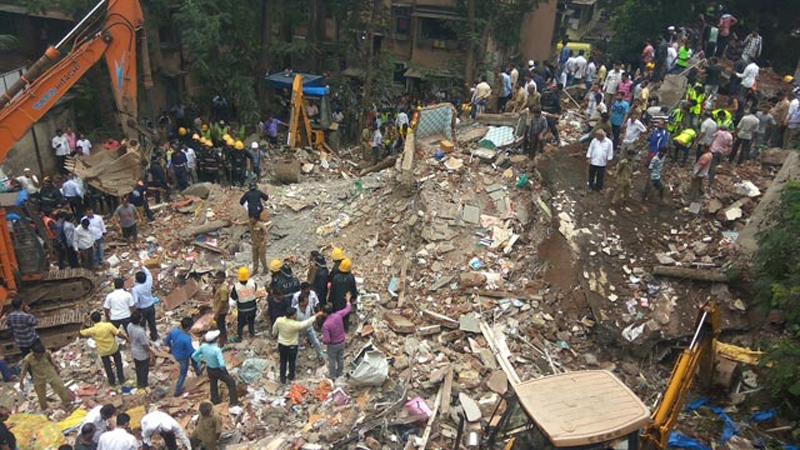 MUMBAI, July 25:  A four-storey building housing a nursing home in the suburbs of Mumbai collapsed on Tuesday, killing at least four people with more than 30 feared trapped, fire and police officials said.

"Rescue work with the help of rescue gear is in process," said P.S. Rahangdale, chief fire officer of the Mumbai Fire Brigade.

"Removal of the topmost reinforced concrete slab is in progress, as is a search for trapped persons inside the cavity."

Rahangdale said the ground floor of the building in Ghatkopar housed a nursing home, which was vacant, while the rest of the building was occupied by three or four families on each floor.

He said 14 fire engines, two rescue vans and 8 ambulances were at the site.

A police official at the site said 12 people had so far been rescued.