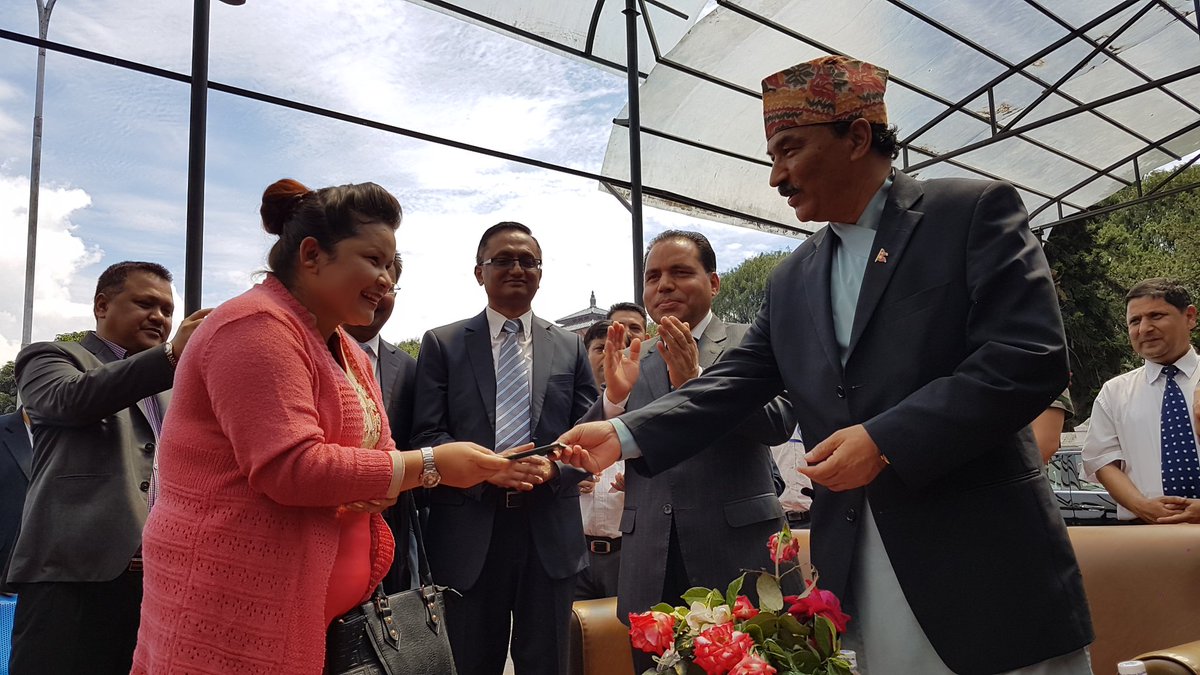 KATHMANDU, July 3: Good news for those applying to procure machine readable passport (MRP). Now a client can get MRP within a day of submission of the application along with a fee of Rs 15,000.

To begin the service much to the relief of the service seekers, Deputy Prime Minister and Minister for Foreign Affairs Kamal Thapa handed Chandrakali Budathoki of Dhanauri, Dang her MRP that was made in 10 minutes today.

Operation of the service follows the government's decision on June 5 in this regard.

The Department of Passport of the Ministry of Foreign Affairs said that service seekers can get MRP from their respective District Administration Office within five to 15 days by paying Rs 5,000 for the same.

Earlier, it would take one month to get MRP through normal process by paying Rs 5,000 each.

According to the system service, a service seeker can fill out a digital application form from anywhere in their place of convenience, but they have to appear in person the department within 21 days for signature and cross-verification of their details. Their digital details will get deleted automatically after 21 days of the filling up of an application form.

Meanwhile on the occasion, DPM Thapa said that the system has become a milestone in the passport distribution history of MRP. He added that the government was actively working to provide MRP to people at the district-level too through the fast-track system. RSS

KATHMANDU, Jan 12: Nepal's passport has been listed as the 7th weakest in the world. According to a survey conducted... Read More...

KATHMANDU, July 6: Bir Hospital's tender call for the purchase a radiotherapy machine costing about US$ 4.1 million is said to... Read More...