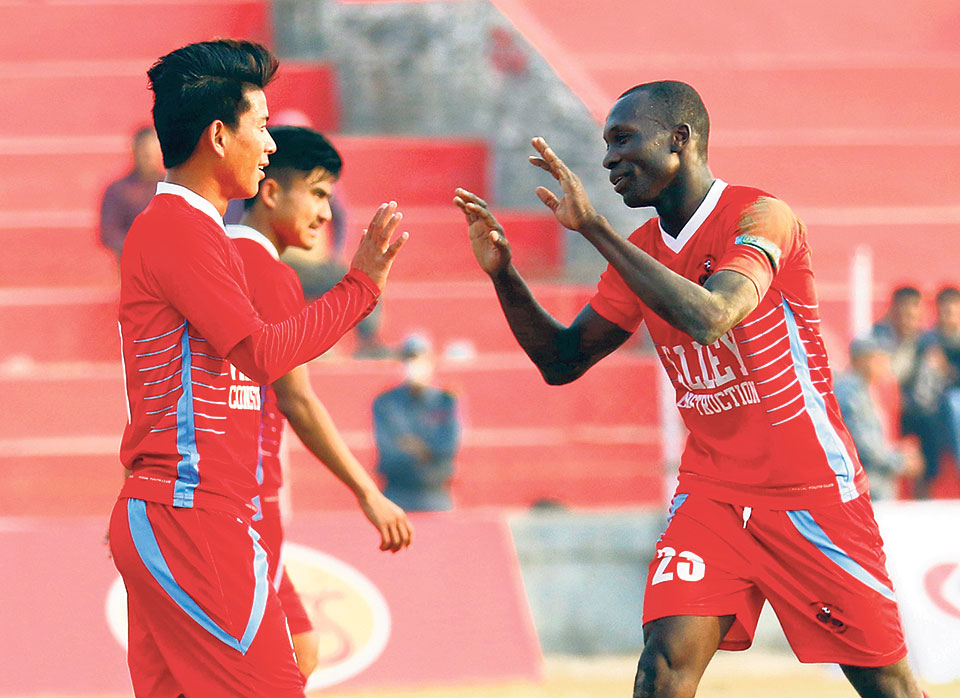 At the Dhangadhi Stadium, Chyasal kept Delhi under pressure from the start in the third match of the tournament.

Sanjok Rai had given Chyasal the lead as he utilized a pass from Elvis in the 14th minute, while Hemant Thapa Magar doubled the lead with a long-range shot. The ball went in hitting the underside of the bar in the 31st minute.

He provided a brilliant finish from the penalty area after a superb long ball by Rai in the 40th minute to make the score 3-0.

Chyasal played more of the same in the second half dominating the possession for Chyasal. Moyan scored his brace in the 61st minute converting a Yogesh Gurung pass. Moyan completed his hat-trick in the 73rd minute as his weak shot went in as the keeper could not save it.

Shant Bahadur Gurung completed the rout in the first half injury time.

With the win, Chyasal has entered into the quarterfinals of the tournament and will now face Three Star Club.

Chyasal head coach Raju Kaji Shakya said that his players were in good form. “The players played really well despite playing in a new ground.

We managed to win big as the new forward played brilliantly on his debut,” Shakya said.
Delhi head coach BS Mehera said that the players could not perform as per the expectation. “The six first team players are currently busy in India and the other players could not play as we expected,” he said.
Rupandehi’s Gorkha Boys will take on A-Division League runner-up Sankata Club on Friday.