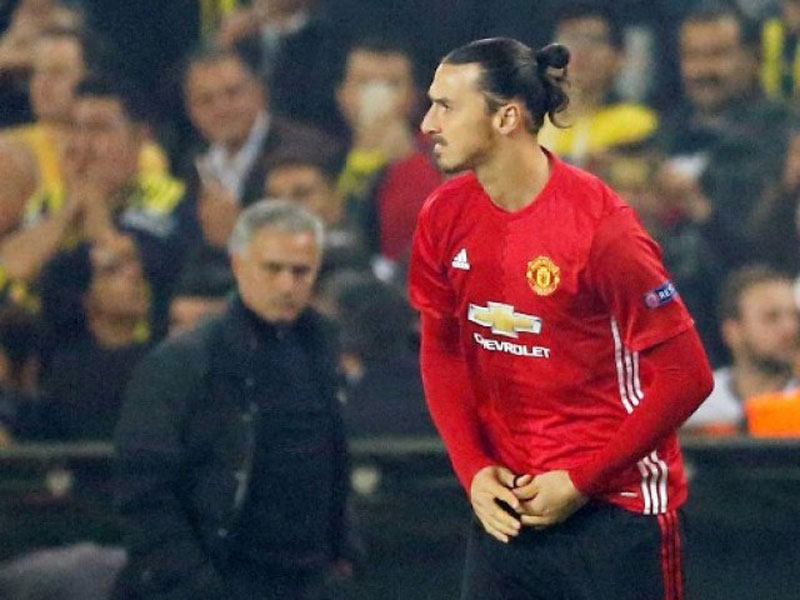 The 35-year-old Swede has scored just once in 11 games after starting brilliantly for his new club — where he was reunited with Mourinho after they were together at Inter Milan — following a highly successful spell with Paris Saint-Germain.

Ibrahimovic, who made little impact in Thursday’s Europa League 2-1 defeat by Fenerbahce, except for grabbing an opponent’s throat, gets another chance to end his drought against Premier League strugglers Swansea on Sunday.

United will hope so as they are winless in four games and eight points off the leading trio of Manchester City, Arsenal and Liverpool after 10 matches.

“He is playing well for the team,” said Mourinho, who will have to watch Sunday’s game from the stands as he serves a one-match touchline ban for being sent off during last Saturday’s 0-0 draw with Burnley.

“Today I cannot say the same but in every match in the Premier League, even not scoring goals he’s being fantastic. His attitude is always brilliant. He’s not a guy afraid of his responsibility, so no problem at all.”

Mourinho also pleaded with his players to stand up and be counted and assume leadership on the pitch.

The players were lambasted by Mourinho after the 2-1 Europa League defeat by Fenerbahce, undone by an early goal just as they were in the humiliating 4-0 defeat by Mourinho’s old club Chelsea last month.

“It can happen everywhere,” said Mourinho of their habit of conceding early goals. There are so many examples in football where people score goals in the first minutes. Nobody is free of that.

An injury to influential striker Zlatan Ibrahimovic will be disastrous for Manchester United, according to manager Jose Mourinho, who is... Read More...

Over 300 loan defaulters added to blacklist as fiscal year nears end
23 hours ago
‘Diplomatic note’ sent to India seeking action against dissemination of blasphemous material about Nepal, its political leadership
10 minutes ago