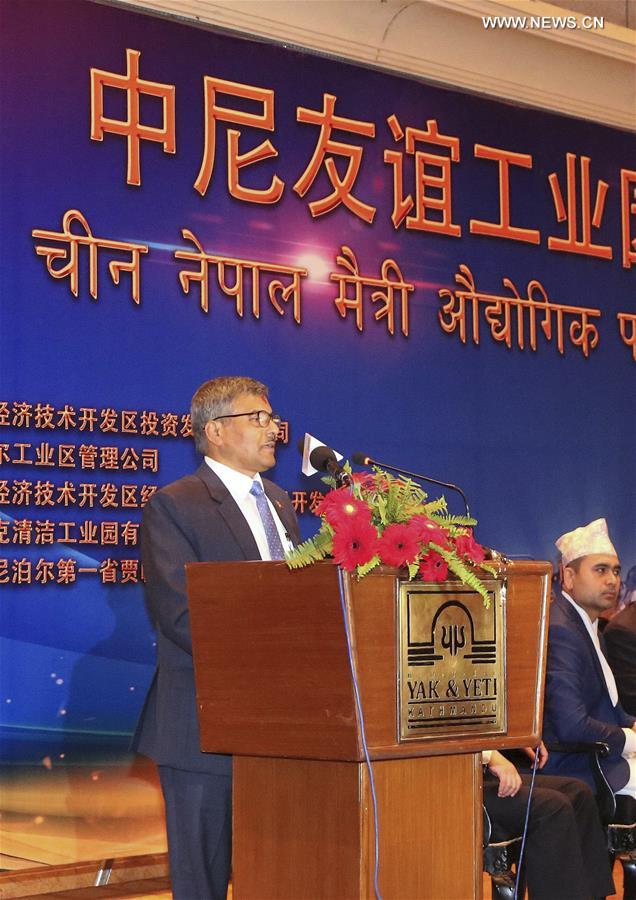 KATHMANDU, Oct 4: The government and Damak Clean Industrial Park Pvt Ltd have signed a memorandum of understanding (MoU), paving the way for the construction of the 'China-Nepal Friendship Industrial Park' in Province 1.

Maha Prasad Adhikari, the CEO of Investment Board Nepal (IBN) and Govinda Bahadur Thapa, the chairman of DCIPPL, signed the MoU amid a ceremony held in the capital on Thursday.

The industrial park located at Damak in Jhapa district is going to be built with a total investment of nearly Rs 64 billion from Chinese investor, Lhasa Economic and Technology Development Zone Jing-Ping Joint Creation Construction Project Development Co Ltd. Spread over an area of 1,600 hectares, the industrial park will be built in public-private partnership (PPP) model, according to the IBN officials.

The government has already completed the process of land acquisition to build the park which will be constructed under public-private partnership model. The construction will start as soon as the Detailed Project Report (DPR) for construction, operation and management of the industrial park is presented followed by the Project Development Agreement (PDA). The park will be spread over Gauradaha municipality, Kamal rural municipality and Damak municipality of Jhapa. The project is the first one in Nepal supported under the Belt and Road Initiative of China.

Govinda Thapa, chairman of the industrial park, said the construction work of the project will present a model of efficiency and transparency. He claimed the project would establish a new model of development in Nepal. "We had to give examples of foreign countries when we talked about solid projects. But now, this project will give us a model that the entire country and the people can be proud of," he added.

Likewise, Adhikari said that the construction of the industrial park will contribute to the development of Nepal. Nanda Kishor Basnet, chairman of the Industrial Area Development Limited, added that the project that was going to be constructed in Damak would be Nepal's model project. Adding that Nepal did not have projects other than hydropower projects in PPP model, he said that it would be Nepal's first non-hydro project under PPP model.

The signing of the MoU precedes the visit of Chinese President Xi Jinping that is scheduled for next week.

Dispute on compensation for industrial park in Damak

DAMAK, Feb 19: The local government body has shown dissatisfaction on the matter of compensation for the construction of the... Read More...

KATHMANDU, Sep 1: Nepal and India have signed Memorandum of Understanding (MoU) for carrying out a preliminary technical study to build... Read More...