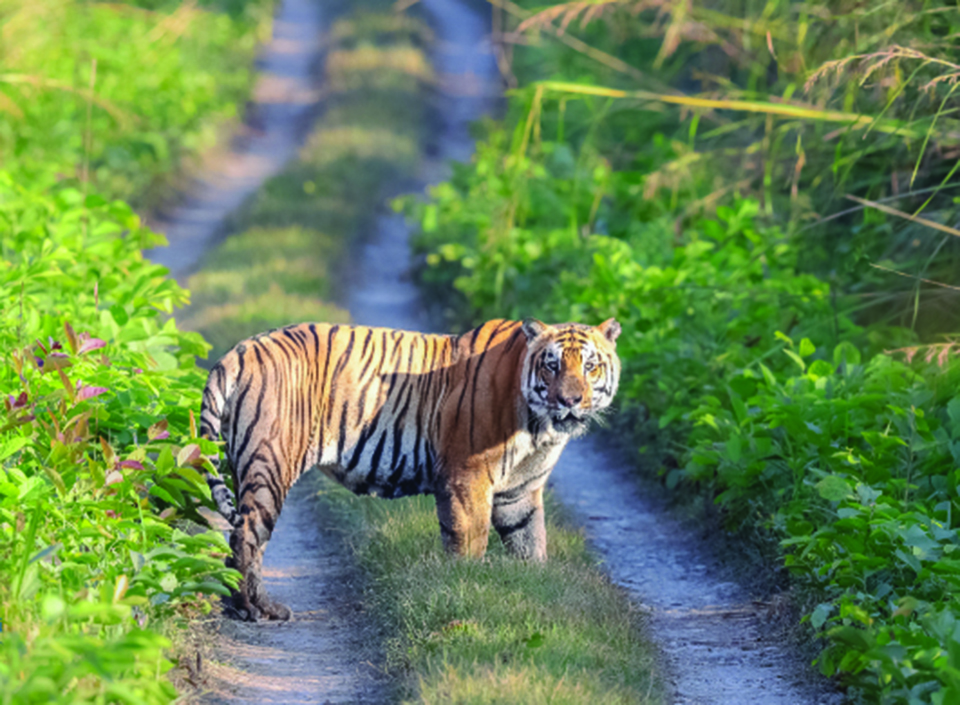 BIRGUNJ, April 28: The number of wild animals facing unnatural deaths from being struck by speedy vehicles on the Pathlaiya-Amlekggunj road section along the East-West Highway in Bara.

The cases of motor vehicles hitting the wildlife leaving them dead are on the rise with the widening of the route via the central territory of the Parsa National Park, said Park’s assistant conservation officer, Ashok Kumar Ram.

Animals inhabiting in the park that spread from Pathalaiya to Tamagadhi to the east and up to Makwanpur to the north are not safe due to motor vehicles plying two-way along the road. Bearing such security threats facing the wildlife in mind, the park administration is preparing to come up with efforts aimed to avoid human-caused harms on wildlife. Placing of check posts along the route, intervention on vehicles at over speed, and awareness-programmes to create a safe atmosphere for wild animals are planned.

Similarly, the administration is thinking to construct an overhead bridge for the convenience of par animals. After the death of two Bengal tigers in the park, there are 18 now. The road accidents killed five wild animals-two boars, an antelope and a monkey last month.

Similarly, two antelopes were killed recently as a vehicle hit them, shared ranger Pun with the National News Agency (RSS). Another factor posing a challenge is the influx of people into the Park to observe the religious and historic Dudheshwor fair. The far is marked for three times in a year. Regular activities of the animals are intimidated with people's entry into their habitant.

Although human settlements were removed from the park for animals' convenience and security, the overflow of people during the fair is a severe nuisance to Bengal tigers, elephants, rhinoceros and other endangered animals.

The Parsa National Park rich in biodiversity is also a place for various other crimes as poaching, and smuggling of timber and animals. The chemical filled dust and smoke emanated towards the park is equally threatening to animals' lifecycle. The park is spread on the area of 627.39 square km.  RSS

RAJBIRAJ, Nov 11: Two persons were killed in an accident at Baramjhiya in Kanchanrup Municipality of Saptari along the East-West... Read More...