Mother and son die, three others injured in Chitwan accident 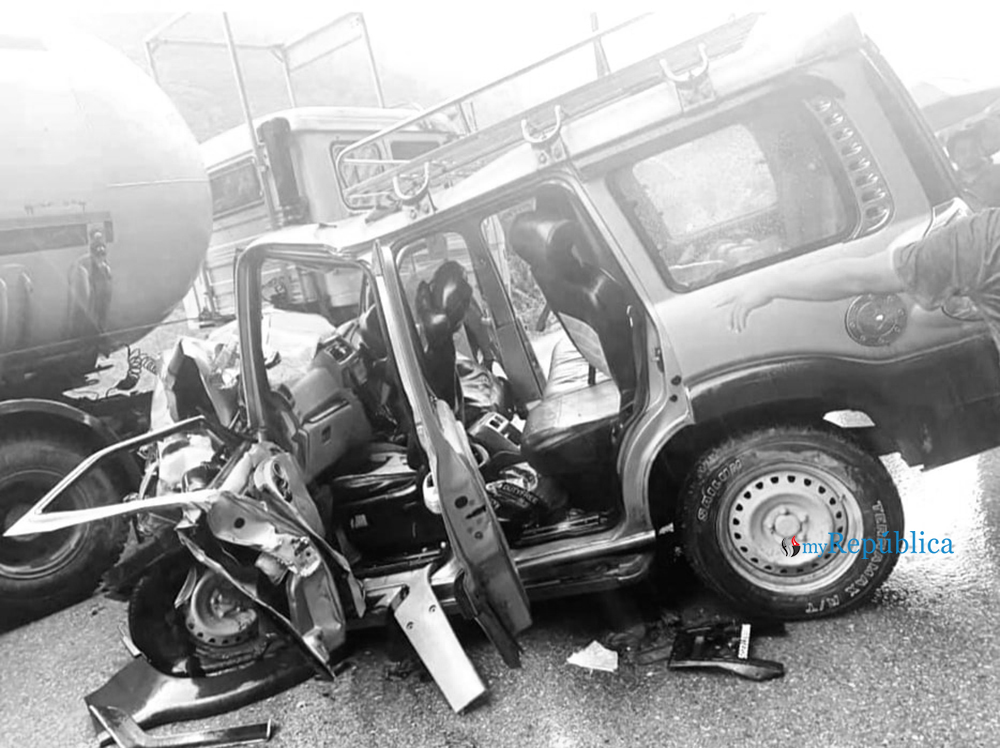 MUGLING, June 30: Two persons died and three others sustained injuries in a road accident at Bharatpur-29, Chitwan on Monday evening.

The deceased have been identified as Prabha Gautam, 48, and her son Anuj, 25, of Hetauda-5, Makwanpur. Both of them breathed their last while undergoing treatment —  the mother on Monday evening and the son on Tuesday morning ---- according to Deputy Superintendent of Police, Surya Thapa, information officer for the District Police Office, Chitwan.

The accident took place when a Scorpio van (Ba 13 Cha 5929) bound to Hetauda from Kathmandu and a gas bullet (NL 01 Q 5106) coming from the opposite direction collided with each other at a turn. According to preliminary investigations by the police, high speed on the bend could be the main reason behind the accident.

Three others who were injured in the accident include Rajan Ghimire, Scorpio driver, Krishna Dhital and Barsha Dhital of Hetauda-5. They are receiving treatment at a medical college in Bharatpur. Of the injured ones, the driver is in critical condition while the two others are normal.

The driver of the gas bullet absconded immediately after the accident took place. Police are in search of him, said DSP Thapa.

38 injured as passenger bus crashes into tree in Chitwan

CHITWAN, Oct 9: Thirty-eight persons were injured when a passenger bus met with an accident in Chitwan last night. ... Read More...

CHITWAN, July 28: One person died and five others were injured when a bus rammed on to a truck at... Read More...