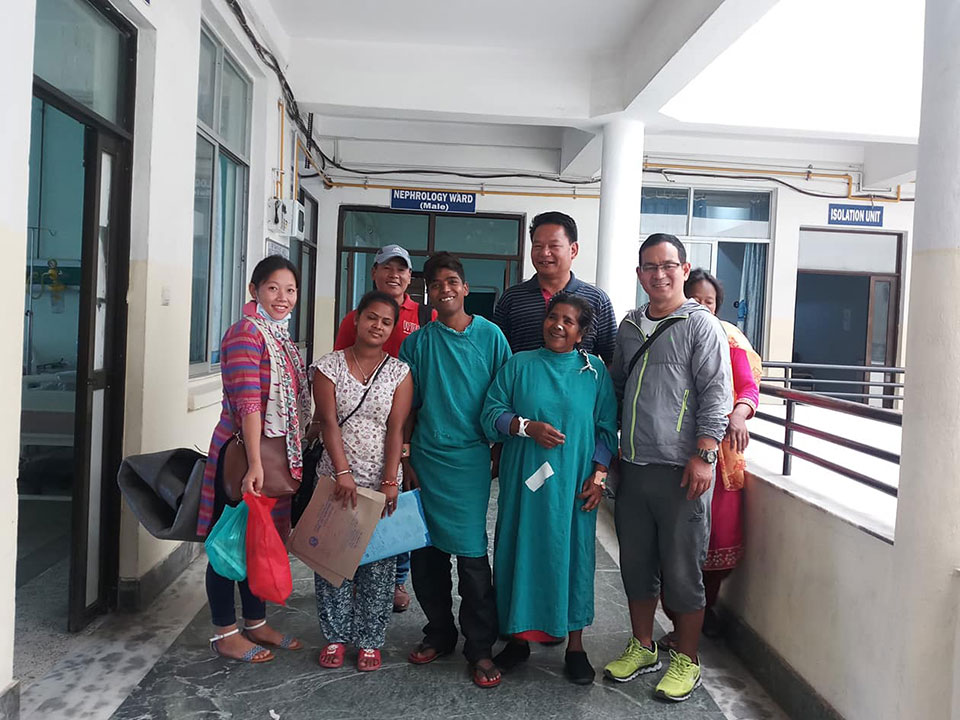 KHOTANG, July 6: Dhan Kumari Damai, 64, of Baspani in Kepilasgadhi rural municipality-3 of Khotang donated kidney to her son Suresh Damai, 28. Both the kidneys of Suresh Damai were damaged hence mother Dhan Kumari managed to donate her own kidney and save her son.

The transplant was done successfully from Human Organ Transplant Center, Bhaktapur on Thursday. Dr. Pukar Shrestha and his team were involved in the transplant.

Last December, Suresh was taken to Human Organ Transplant Center, Bhaktapur after knowing that his both kidneys were damaged.

After the transplant, health of both mother and son is normal said Rajan Rai, neighbor and also a member of Province assembly.

Mother Dhan Kumari Damai could not afford kidney as it is very expensive and also she could not find anyone ready to donate hence, she herself got ready to donate kidney to her son. She is very happy to see her son after the successful kidney transplantation.

Suresh was having complications upon his health and was taken to BP Koirala Institute of Health Sciences, Dharan on March 2017. However, his condition was not solved at Dharan hence, he was rushed to Kathmandu.

The economic condition of Dhan Kumari’s family was poor however, help and support from relatives and other well wishers made Suresh reach up to Kathmandu for necessary treatment.

BAJURA, Jan 10: A mother and her two sons died of suffocation and burns after menstruation shed where they were sleeping... Read More...

SALYAN, June 15: A woman and her son died when their house collapsed while being repaired at Digre of Chhatreshwori... Read More...