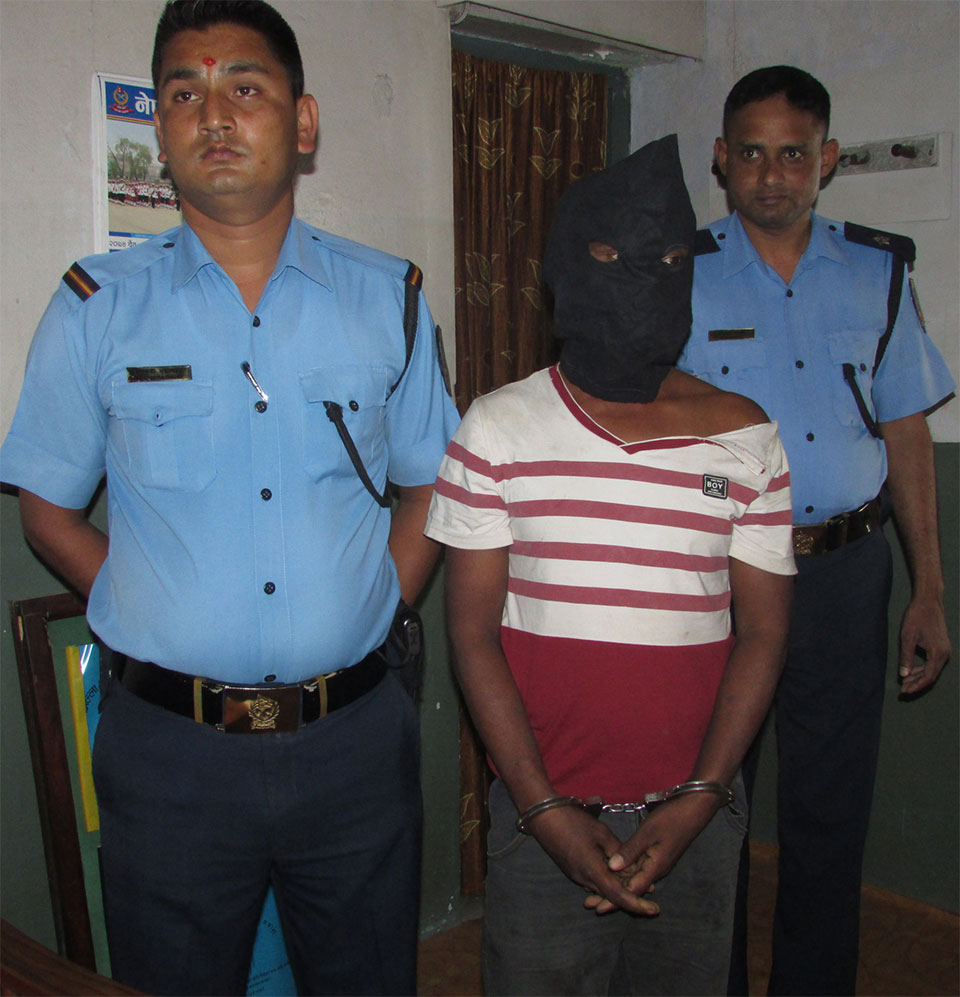 SARLAHI, March 21: Sarlahi police has arrested a man from Lalbandi area for his alleged involvement in a series of crimes including robberies and murders not only in Nepal but also in India.

The arrested has been identified as 45-year-old Umesh Paswan of Sarlahi Lalbandi Municipality-2.

Paswan, who had featured in the ‘most wanted’ list of the police for his involvement in over a dozen crimes in Nepal alone, has been made public by organizing a press conference today.

Paswan had shot Sunil Sah, 27, dead while he was returning home after closing his jewelry shop and decamped with eights tolas of gold, four kilo grams of silver and Rs 40,000 in cash, according to police.

The mastermind of the organized crimes is also considered a sharp shooter and a serial killer, said police.

CHITWAN, Jan 29: Bimal Khadka, 34, of Kathmandu, who was at large after being convicted of banking fraud, has been... Read More...

Women's rights only on paper, law-enforcement limited to cities
5 minutes ago

Seven arrested for trying to rob tourist
27 minutes ago