Most of 39 UK truck victims were likely from Vietnam - priest 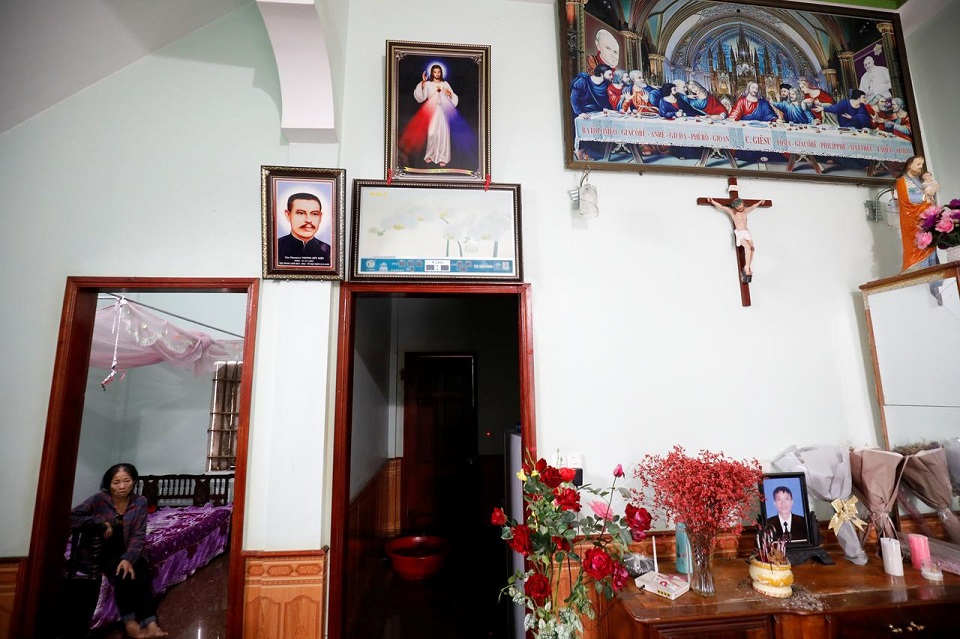 Anna Tran Thi Hien, mother of Anna Bui Thi Nhung, a Vietnamese suspected victim in a truck container in UK, sits on a bed at her home in Nghe An province, Vietnam October 26, 2019. REUTERS/Kham

NGHE AN, Vietnam, Oct 26: Most of the 39 people found dead in the back of a truck near London were likely from Vietnam, a community leader from the rural, rice-growing community where many of the victims are believed to have come from said on Saturday.

The bodies were discovered on Wednesday after emergency services were alerted to people in a truck container on an industrial site in Grays, about 32km (20 miles) east of central London.

Police said initially they believed the dead were Chinese but Beijing said the nationalities had not yet been confirmed. Chinese and Vietnamese officials are now both working closely with British police, their respective embassies have said.

Father Anthony Dang Huu Nam, a Catholic priest in the remote town of Yen Thanh in northern-central Vietnam’s Nghe An province, 300 km (180 miles) south of Hanoi, told Reuters he was liaising with family members of the victims.

“The whole district is covered in sorrow,” Nam said, as prayers for the dead rang out over loudspeakers throughout the misty, rain-soaked town on Saturday.

“I’m still collecting contact details for all the victim’s families, and will hold a ceremony to pray for them tonight.”

“This is a catastrophe for our community.”

Nam said families told him they knew relatives were travelling to Britain at the time the container truck would have been travelling and had been unable to contact their loved ones.

Vietnam’s foreign ministry said in a statement on Saturday that it had instructed its London embassy to assist British police with the identification of victims.

The ministry did not respond to a request for further comment regarding the nationalities of the dead.

Police in the county of Essex declined to elaborate as to how they first identified the dead as Chinese, but said they would not give any more details about the identities or nationalities of the victims until the formal identification process had taken place.