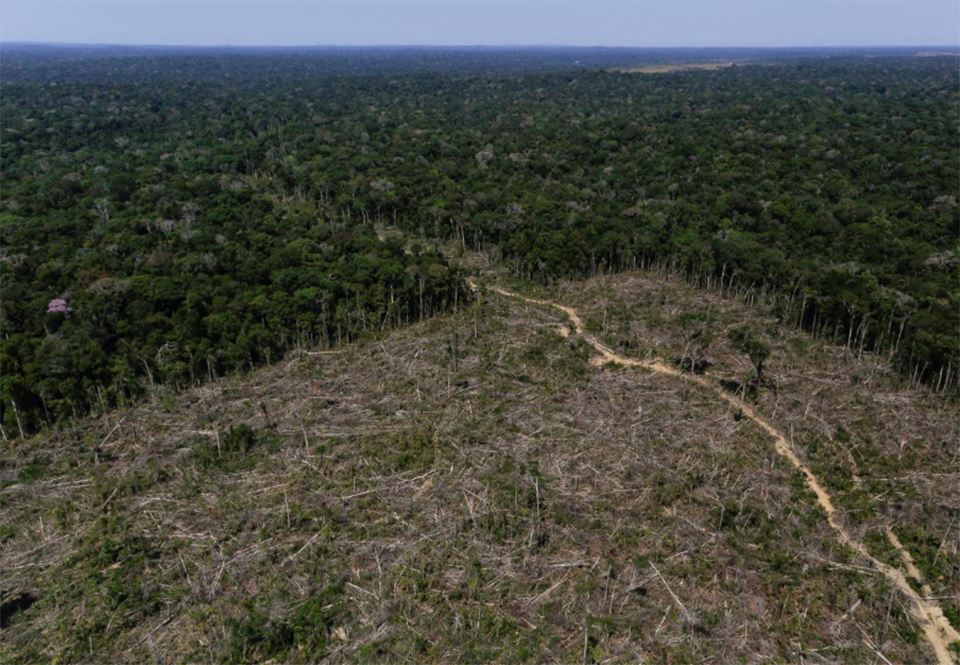 An aerial view shows deforested land during "Operation Green Wave" conducted by agents of the Brazilian Institute for the Environment and Renewable Natural Resources, or Ibama, to combat illegal logging in Apui, in the southern region of the state of Amazonas, Brazil, July 27, 2017. REUTERS/Bruno Kelly

LONDON, July 16: Most big companies are failing to report the damage their operations are doing to forests despite committing to lighten their footprint under wider efforts to tackle climate change, according to a report published on Tuesday.

CDP, a charity which says it works with institutional investors with assets of $96 trillion, said 70% of 1,500 large companies failed to provide data on their impact on forests in response to its queries last year.

“The silence is deafening when it comes to the corporate response to deforestation,” said Morgan Gillespy, global director of forests at CDP, formerly known as the Carbon Disclosure Project.

“Consumers increasingly want to know that their shopping basket isn’t driving the destruction of the Amazon, extinction of the orangutans and the climate crisis,” she said in a statement.CDP has emerged as a leading voice in a broader push by investors seeking disclosure from companies on the risks they may face as global warming exposes them to extreme weather, supply chain collapse and a host of other forms of disruption.

Since 2014, the charity has also asked companies to report on their impact on forests in terms of timber, palm oil, cattle and soy farming, as part of a growing recognition of the role forests play in preserving species and stabilizing the climate.

Of the 306 companies that did report data, 24% showed no or limited action to reduce deforestation, despite brand damage from being associated with the loss of forests the most frequently cited risk, CDP said.

But it warned the vast majority of companies were not moving fast enough on efforts to preserve forests.

Underscoring the slow progress, trader Cargill Inc said last month that it and the broader food industry would fail to meet a 2020 goal to end deforestation, while pledging to do more to protect forests and native vegetation in Brazil.

Cargill’s statement followed data that showed deforestation of the Amazon rainforest in Brazil, a top supplier of soybeans to the company, sped up in May to the fastest rate in a decade.

Some companies that CDP said had failed to respond to its questions on forests said they were committed to greater sustainability.

British clothing chain Next, for example, said it had completed the CDP climate questionnaire for many years, and had laid out a commitment to source 100% of its timber from responsible or certified sources by 2025.

KATHMANDU, July 8: Four different companies have come up with formal intent for the construction of structures, including a dam... Read More...