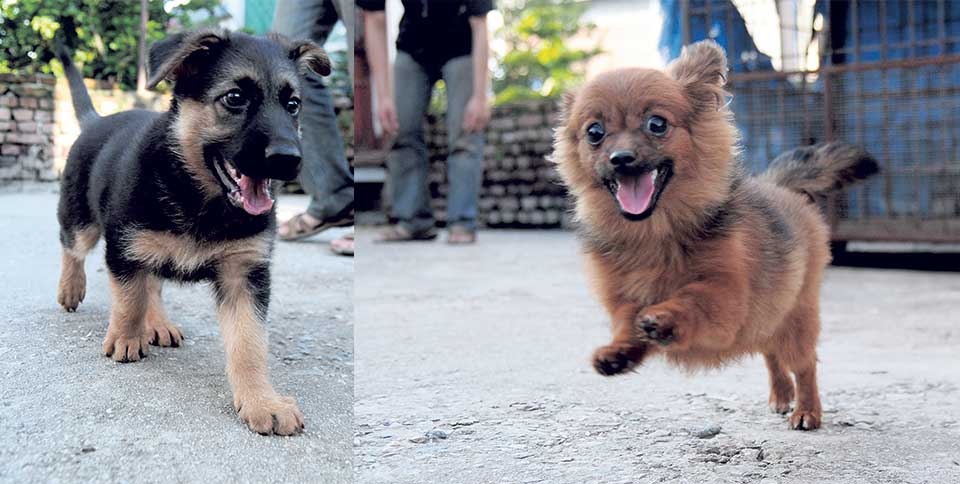 KATHMANDU, Jan 31: The demand for dogs of different breeds in the Kathmandu Valley has skyrocketed in recent times, according to pet store owners and animal experts.

“Firstly, the rise in demand for various varieties of dog breeds is due to globalization. This influenced Nepalis to explore the different varieties of breeds native to different corners of the world,” said Dr Balaram Thapa, senior veterinary officer of the Central Animal Hospital, Tripureshwar.

“In addition to rise in purchasing power, the matter of having certain breeds of dogs is considered prestigious in the community to such an extent that we can consider it as a competition between neighbors to have certain breeds,” added Thapa.

A snap survey conducted by Republica shows that German Shepherd is the most sought-after dog breed among valley denizens. “German Shepherd is a popular dog breed among the inhabitants of the capital city. In addition to being ideal for security reasons due to its size and fear mongering appearance to outsiders, these dogs are easy to train and raise,” said Binod Bajgain, owner of National Pet Shop at Krishna Galli, Lalitpur.

After German Shepherd, the survey showed smaller and medium-sized breeds were high in demand as opposed to larger ones. Japanese Spitz is the second most sought-after breed in the valley followed by Labrador and Golden Retrievers.

“Firstly, Japanese Spitz is affordable to many. Not just the price tag, but also the cost of raising them is affordable,” said Shyam Kapali of Indreni Pet Zone.

Seconding Kapali's claim, Bajgain added: “The demand for smaller breeds has increased because living space in the capital is shrinking. Breeds such Japanese Spitz, Pug and Cocker Spaniel do not need a large area to roam around and do not need much exercise.” He further explained: “These breeds can even be adapted to apartments and flats, and are ideal for families who have been living in a rented flat with busy lifestyle.”

Boxers are also popular among valley denizens due to their unique appearance and security reasons, according to traders.

Certain dog breeds, Pugs and Great Danes to name a few, had high price tag about a decade ago, say traders. “Pugs used to cost as much as Rs 45,000, while price of Great Dane was as high as Rs 100,000 between 2009 and 2011. However, the price of these, and many other dog breeds, has fallen drastically over the years,” said Prabha KC of Annapurna Kennel Club.

“The market price of many of these dog breeds have plummeted as these dogs are now bred here in Nepal itself,” said KC.

However, she also pointed out the prevalent practice of inbreeding of dogs which has been degrading the quality and pedigree of dogs in the country.

Talking to Republica, senior veterinary expert, Dr Balaram Thapa, explained: “It is true that inbreeding is prevalent in Nepal and this has degraded the quality of dogs in the market as certain recessive and dominant genetic traits become prevalent, causing defect in the appearance and gene in the dog, that may make them susceptible to certain diseases and may cause problems in the long run.”

He further added that this was mainly due to the lack of awareness and professionalism among dog breeders in the country. “Inbreeding is prevalent because pedigree of dogs is unknown in Nepal. Moreover, those who sell dogs here may not be professionals as many are just dog enthusiasts who try to make it a profession or simply choose this unethical way of breeding that can have detrimental effects on the health of the dog and experience of the owner,” said Dr Thapa.

Due to such malpractices in the Nepali kennel market, many dog enthusiasts are also opting to adopt pups directly imported from other countries with certified breed authenticity and known pedigree which cost many times higher than those available and bred in Nepal, traders say. 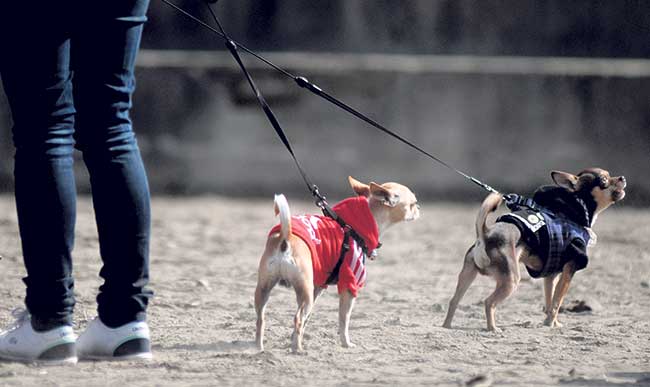 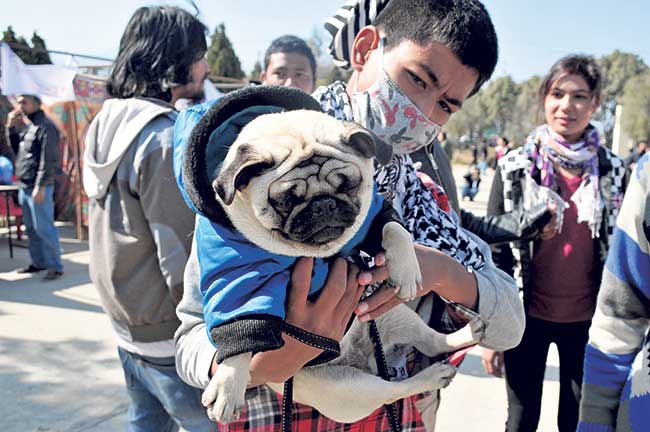 How are we more independent by barring Indian investment and buying from India?

Biswo Poudel has a Phd in Agricultural and Resource Economics from the University of California, Berkley. He has for the... Read More...

Measures to continue paragliding business in Pokhara will be explored: Minister Shrestha
20 hours ago
KUSOM Job and Internship Fair 2022 to be held on August 22-23
8 hours ago