More than 60 killed, hundreds of thousands displaced by flooding in Bangladesh 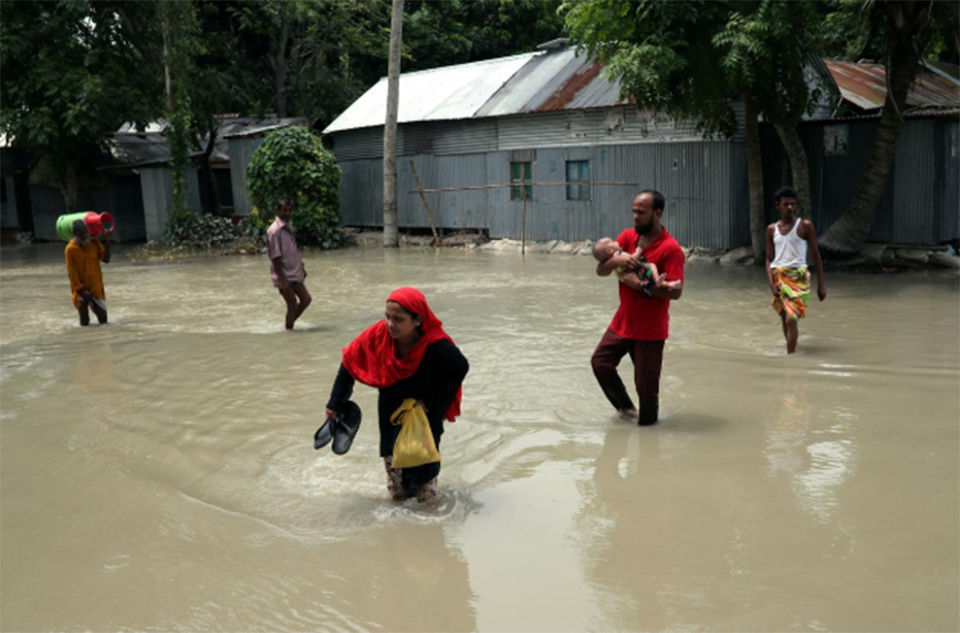 DHAKA, July 24: Severe flooding has killed at least 61 people, displaced nearly 800,000 and inundated thousands of homes across a third of Bangladesh, government officials said on Tuesday, after two weeks of heavy monsoon rains.

Nearly 3 million people are struggling with flooding, the worst in two years, according to the disaster management and relief ministry.

As water levels began to recede, authorities expressed concern about outbreaks of infectious diseases in the country of more than 160 million.

“With the receding flood waters across the country, there is a possibility of outbreaks of water-borne diseases,” Shah Kamal, secretary of the disaster management and relief ministry, told Reuters by phone from Sirajganj, a flood-hit district 130 km (81 miles) from the capital Dhaka.

“That’s why we are setting up water treatment plants in the flood-affected areas on a priority basis,” he said.

At least 22 patients with symptoms of diarrhoea and some other ailments were admitted to hospital in the northern Bogra district, said surgeon Gowsul Azam.

Raqibul Alam, spokesman of the International Federation of Red Cross and Red Crescent Society in Bangladesh, said about 700 volunteers, including 100 staff, were engaged in relief operations in the northern and northwestern parts of Bangladesh.

The Red Cross is providing food, drinking water and other aid, including 4,500 taka ($54) per family to help flood victims, Alam said.

“The losses will be substantially higher when we get a full list from different flood-affected areas,” said one official.

About 9 km of embankments, 172 km of roads and nearly 250 bridges and culverts had been damaged by the floods, according to a preliminary assessment by the disaster management and relief ministry.

Authorities said the latest deaths take to 100 the number of people killed in rains in the past two weeks in the Himalayan nation. Thirty others are missing across Nepal.

TIKAPUR, August 4: At least two dozens of domesticated animals were killed in Ward-10 of Ghodaghodi  Municipality in Kailali as... Read More...