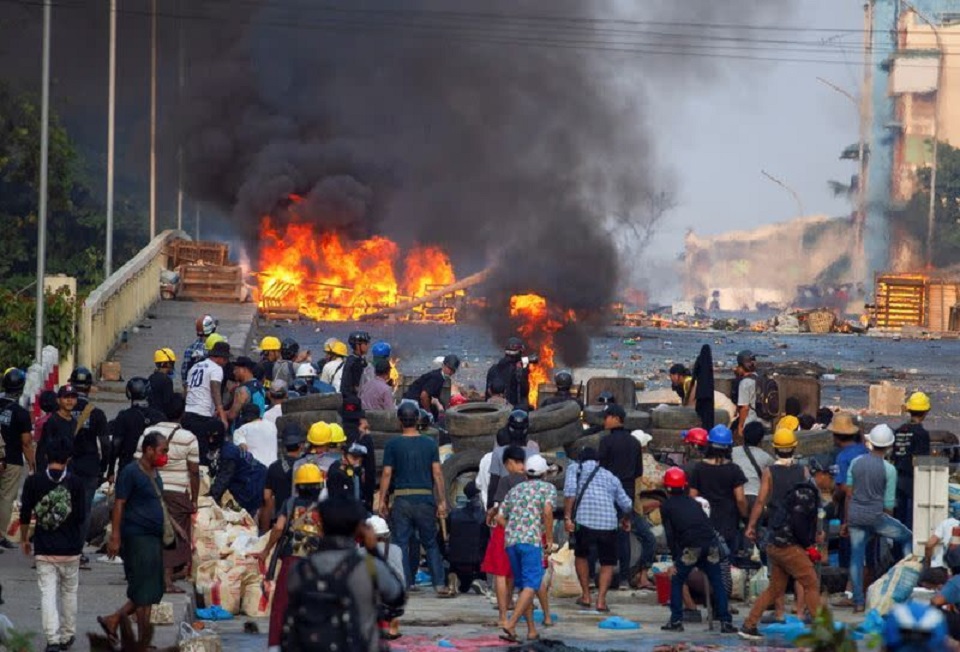 MYANMAR, March 26: Myanmar’s security forces have killed more than 300 people in attempts to crush opposition to a Feb. 1 coup, with nearly 90% of victims shot dead and a quarter of them shot in the head, according to data from an advocacy group and local media.

A junta spokesman said 164 protesters and nine members of the security forces had been killed as of Tuesday. Reuters could not independently verify all the accounts.

The killings have drawn outrage and prompted some sanctions from Western countries, including the United States. The use of lethal force against civilians had also been condemned by some Southeast Asian neighbours, which tend to be restrained in their criticism.

“Crimes against humanity are committed daily,” said the non-profit Assistance Association for Political Prisoners (AAPP) group, which has been recording the deaths as well as nearly 3,000 people arrested, charged or sentenced since the coup.

Its data show at least 25 percent of those who were killed died from shots to the head, raising suspicions they were deliberately targeted for killing. Full data is not available for every death.

“Everything points to troops adopting shoot to kill tactics to suppress the protests,” Amnesty International said earlier this month.

The junta denies using excessive force and says that its actions have met international norms in the face of a situation it says is a threat to national security.

The youngest victim, seven-year-old Khin Myo Chit, was shot dead in the second city of Mandalay on Tuesday. She was at her home with her father when she was killed.

Win Kyi, 78, is the oldest person recorded to have been killed and was among around 50 people killed in Yangon’s Hlaing Thayar district on March 14, the bloodiest day so far.

YANGON, Feb 9: Myanmar’s new military rulers on Monday signaled their intention to crack down on opponents of their takeover,... Read More...