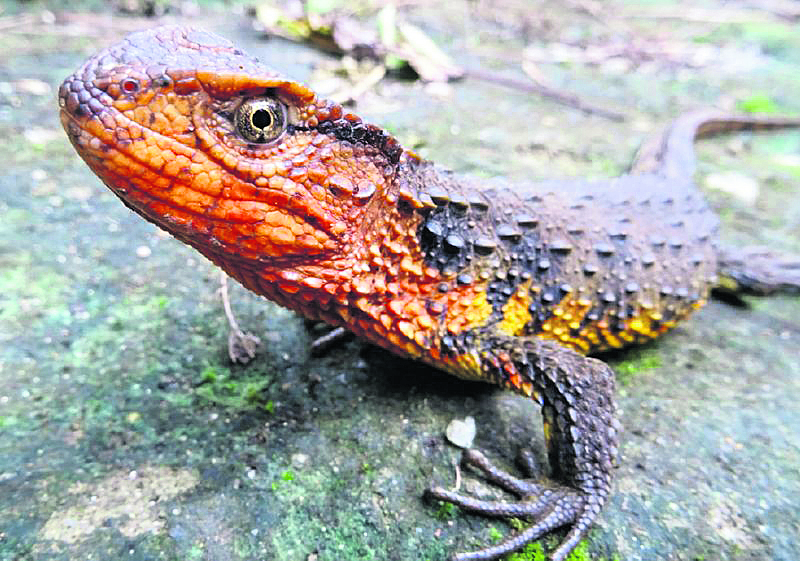 BANGKOK, Dec 20: A Vietnamese ‘crocodile lizard’ and a Thai turtle found on sale in a local market are among more than 100 new species discovered in the ecologically diverse but threatened Mekong region last year, researchers said Tuesday.

The Southeast Asian countries flanking the Mekong river, which snakes down from the Tibetan plateau to the South China Sea, are among the most biodiverse in the world.

Each year, scientists announce scores of new species discovered in the region, which includes Thailand, Myanmar, Cambodia, Laos and Vietnam.

But there are fears that many more species could die out before they are found in a region whose jungle and river ecosystems are increasingly threatened by roads, dams and a thriving illegal wildlife trade.

In total, scientists confirmed 115 new species in 2016 after a lengthy vetting process, according to the World Wildlife Fund (WWF). They include 11 amphibians, two fish, 11 reptiles, 88 plants and three mammals. “While the global trends are worrisome, and the threats against species and their habitats here in the Greater Mekong are massive, these new species discoveries give us enormous hope,” said WWF’s Lee Poston. “But we have to do more to protect their habitat and prevent them from entering the illegal wildlife trade,” he added.

The new finds include a bat with a horseshoe-shaped face and a snail-eating turtle discovered by a scientists in a local market in northeastern Thailand.

The Crocodile Lizard, a scaly reptile that hails from northern Vietnam’s evergreen forests, was also among the new species announced on Tuesday.

Although the reptile was first discovered in 2003, it has taken years to confirm its status as a separate subspecies. Coal mining and pet trade poachers have gravely endangered the lizard, whose numbers are estimated to be fewer than 200, scientists said.

Two new mole species were also found in Vietnam, with researchers noting that their underground dwellings have helped protect them.