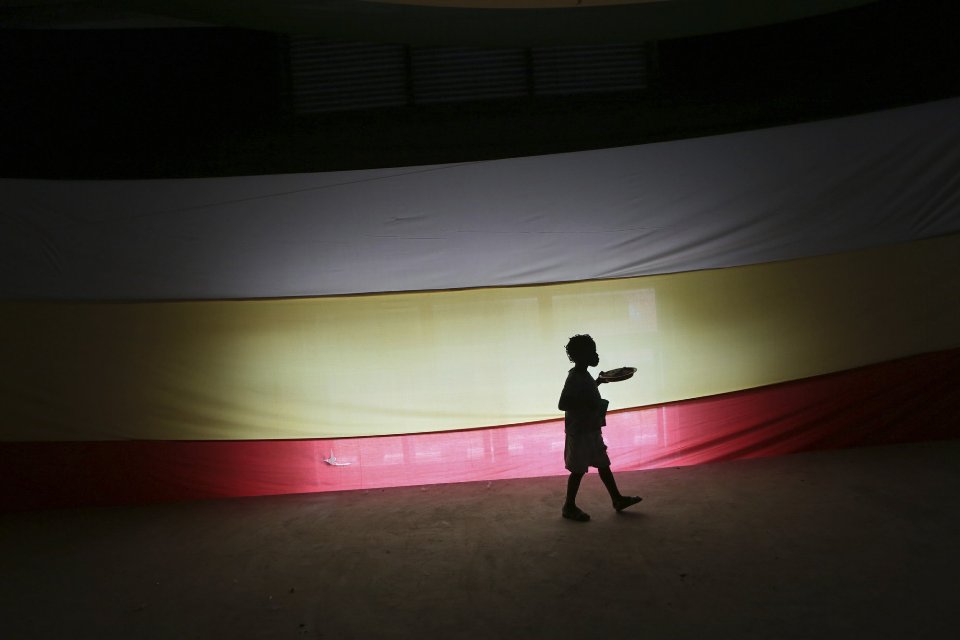 PEMBA, Mozambique, May 3: Isabella Mussa has not set foot in a classroom or read a book for the past week. For the 13-year-old, displaced by a deadly cyclone in northern Mozambique, it feels like a lifetime.

Yet she is called one of the lucky ones. More than 1 million children have been affected by a pair of cyclones that ripped into Mozambique in less than two months, the United Nations children’s agency says.

Many of the children are without shelter or food. Some saw parents killed or disappeared in the flooding that followed the storms.

But Isabella, who now shelters in the city of Pemba in the northernmost province of Cabo Delgado, doesn’t feel fortunate.

“I miss my school, my friends and my teacher,” she told The Associated Press, standing in a corridor at a sprawling government complex that now houses children and their guardians who were displaced by Cyclone Kenneth.

It is not clear when she can return home, or to school. The family home was flattened. Her school books were destroyed.

With a lull in the incessant rains on Thursday, children of Isabelle’s age were helping families repair homes or retrieve property. Claudio Ismael, 11, balanced a chair on her head and clutched a homework book in one hand while navigating a flooded pathway.

“This is the first thing I grabbed when I got the chance to return home,” she said of the book.

For the first time in recorded history, Mozambique has been hit by two cyclones in a single season. Kenneth made landfall just over a week ago, killing 41 people and now sparking a cholera outbreak. Last month Cyclone Idai struck central Mozambique, killing more than 600 people and leading to thousands of cases of cholera and malaria.

Now aid groups are struggling to cope with the millions of people affected by both powerful storms.

Of the 150,000 people affected by Kenneth, half are children, UNICEF spokesman Daniel Timme told The Associated Press.

“The children here have shelter, they are the lucky ones,” he said. “In many parts of the province the children are still out there and we need to reach them to provide shelter, food and clean drinking water. It is very urgent, it is very essential so that the children don’t get sick and we avoid cholera like we had in central Mozambique.”

Many of the hardest hit areas are outside Pemba city, such as Ibo island and the districts of Macomia and Quissanga, which remain difficult or impossible to reach by road.

For the hundreds of children like Isabella sheltering in the complex in Pemba, recovery is fragile.

The children play in the corridors. Women and girls prepare porridge on open fires while some pound cassava leaves for a popular local dish. Authorities distribute water treatment chemicals.

“We are too many here, the food is not enough,” said 18-year-old Maria Daudi, adjusting the cloth she uses to carry her 4-month-old baby. She came to the shelter with her two children after their home was destroyed.

“I fear for my children. I don’t like this place but I have nowhere else to go,” she said.

Even as shelter remains a need for many, aid agencies hope to take further steps and create safe spaces where children can turn their attention back to studies.

“We want to ensure that the children go back to school as soon as possible,” Timme said. “It is very important that children’s education is not interrupted for weeks.”

“We are not reading at all. We are just spending the days playing,” she said. “I will only be happy when the rains end and I can go back to school.” Her 8-year-old brother, Divan, nodded in agreement.

MAPUTO, March 20: The number of people killed after a powerful cyclone and flooding hit Mozambique has risen to above 200,... Read More...