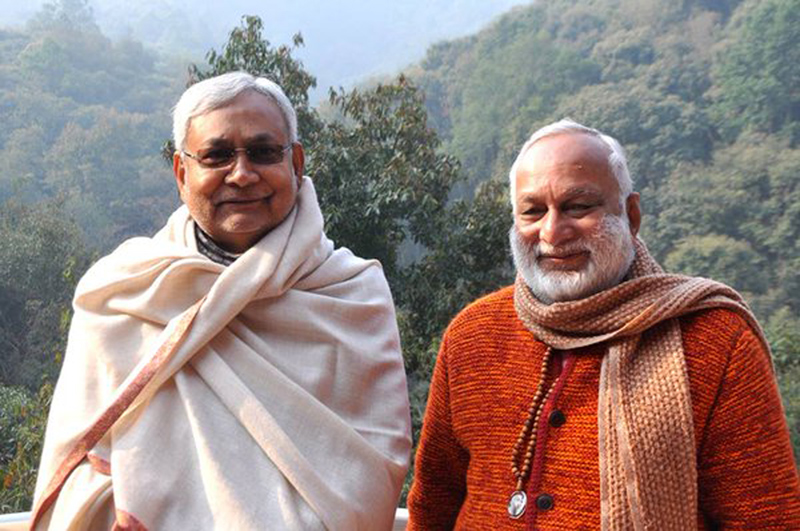 The public transport in Kathmandu valley is in complete chaos. The doctrine of laissez-faire reigns supreme. Powerful syndicates assign route permits, which are then meekly formalized by the government agency entrusted with the task of regulation. Cartels fix bus fares. Transport entrepreneurs and workers collude to maintain the right to defy traffic rules. Protests are staged to have penalty for violations waived or reduced. The user is at the complete mercy of defiant operators.

Even though the route is often fixed, there are no clearly marked bus bays; and it takes some figuring out to locate vehicles that often have neither names nor numbers. Drivers are free to pick up or drop passengers from wherever they wish. There is no timetable either. One just waits for the right bus to arrive, which then wouldn’t leave as long as another one of the same route doesn’t begin honking for its turn to cram passengers in the passageway of micro-vans with no headroom to stand erect.

The way drivers swerve and speed through jam-packed streets overtaking other vehicles from either left or right is enough to turn a confirmed atheist into a diehard believer. Once extruded from the belly of the bus at the destination, almost every passenger heaves a huge sigh of relief. If the state of transport service is an indication of civilization, then Nepal is almost a lawless land.

Travelling by bus in Kathmandu is bad enough for able-bodied men in fighting-fit physical and mental condition; but it’s infinitely more painful for the women, the young, the aged and the differently-abled. Add minorities to the list of the disadvantaged. The situation can sometimes be so bad that a bearded person looking like a Muslim has to head directly for the back seat even when front benches are unoccupied just to escape being misbehaved.
An anthropology student of a liberal arts school in the US back home for summer break was travelling in one of such contraptions plying between Ratna Park and Kirtipur during morning rush hour. A respectably-dressed Madheshi—on his way to some government office perhaps—was standing in the passageway near her seat in the middle of the bus. The conductor pushed him roughly and asked the Bhaiya to move back. The same conveyance, the same conductor, and yet another passenger standing in the passageway right at the gate—he was politely addressed as Kaka and requested to move slightly sideways to make way for other passengers. Those of us who have lived too long in the Valley and use public transport too often have learnt to take such everyday discrimination in our stride with a shrug of indifference—ke garne? The younger generation has sharper eyes and keener sensibilities.

Once back home, the budding anthropologist asked with dispassionate curiosity in all sincerity, “We probably escape such treatment because we pass off as Pahadis in a crowd. But where does this micro-aggression, born out of deep contempt, come from? Are Madheshis hated because we look like Indians or are Indians despised because they too are mere Madheshis in Nepal?” Like most easy questions, the poser requires some reflection rather than a straight answer.

Contrary to the assumptions of Adolf Hitler and his intellectual apologists, racism isn’t biological. Antipathy, bigotry, chauvinism and discrimination—the ABCD of racial, religious, social, national, communal, regional or tribal biases, prejudices and stereotypes—are born out of the social milieu of a person. Since all such forms of intolerances are cultural constructs (in the sense of the customs, ideas, and social behavior of a particular group) they need to be first recognized and then diagnosed before being deconstructed and dismantled altogether.

Anubhav Ajit is a young activist-researcher from Janakpur. He never misses an opportunity to stress that Gorkhalis get along quite well with other Indians of the same caste, class or community; their dislike for Biharis is merely an extension of distrust of Madheshis. The argument sounds plausible. Indians aren’t likely to claim a share in the political-economy of the country. Madheshis have to do so to assert their dignity. The conflict is with Madheshis rather than the Indians. The prejudice against ‘Madises’—the pejorative term casually used in everyday conversations—isn’t that straightforward.
A Basnet from Kurseong and a Thapa from Dehradun posit that ‘Dhoti loathing’ isn’t unique to Nepal; it’s widely practiced in the mountains of northeastern India and the Kumaon-Garhwal foothills. Part of it is perhaps born out of the ancient grudge that adventurous hunter-gatherers of hills and mountains held against supposedly sedate peasants and crafty traders of the plains. An archaic Yankee proverb presumes that a man from the South will have excrement in his shoes. The psychology of highlanders looking literally down upon plainsmen gets strengthened when mixed with lifestyles, beliefs and occupation.

Settled life does breed some complacency. When their homeland was exchanged like some piece of real estate between the Gorkhalis and the East India Company in the wake of Sugauli Treaty, Madheshis meekly submitted themselves to whoever happened to be their masters and ceded the right to bear arms for the country. Their status dropped from that of inhabitants to settlers in one fell swoop.

The martial race theory was concocted by the British once the government took over charge from the East India Company after the mutiny of 1857 and the policy shifted from annexation of territories to maintenance of control over the vast possessions. Prior to the Sepoy Mutiny, British forces were mainly recruited from native plainsmen of Bengal, Bihar and Awadh. They needed to be inducted into the army of clerks to raise revenue from the Indo-Gangetic plains.

Policy analyst and writer Gen. Sam Cowan puts a date and a name to the racial theory that stigmatized a large section of the colonized population: “It was not until the 1870s that this policy started to be turned on its head when the formidably powerful and persuasive Lord (as he later became) Roberts first started to enunciate his martial race theory. By the mid 1890s, to quote one authority (Onassi: The Sepoy and the Raj), this theory had become not just a colonial policy but a colonial obsession. Roberts was fanatic in his belief that the Russians were bound to attack India and that a European Army could never be defeated by soldiers reared in the plains: only “highlanders” would have the necessary genes and breeding (through blood and climatic environment) to do so.”

The British began to discard racist military theories soon after the First World War even though they continued with the policy of recruiting mercenaries for combat duties in high-risk zones and occupied territories. One of the reasons Janjatis find it relatively easier to integrate with Khas-Arya—incidentally, such an oxymoronic typology is a constitutional construct made out of fusing two contradictory ethnic groups—is that they have been bearing arms for the latter for a long time.

Monopoly of violence is a core concept of statehood and citizenship. Ergo, any community that submits itself to be overtly or covertly excluded from the right to be defended and the duty to bear arms for the security of person, property and country automatically becomes a second class citizen despite all other qualities. Similar assumption had made Hindus in the Mughal India oppose Jizya taxes.

It’s axiomatic that foreign policy is an extension of domestic policy. However, Nepal is an exceptional nation-state where nothing, absolutely nothing, of internal politics can stay free of its India-obsession. Value of currency has to be different, even though fixed, otherwise the country will become like Bhutan. The time zone has to be ahead by 15 minutes—it used to be just 10 minutes before Indians decided to shift reference point from Allahabad to Hyderabad—so as not to become a Sri Lanka that has no hesitation in using the same Coordinated Universal Time offset.

No matter how hard Madheshis try, their future is inextricably intertwined with how Indians are perceived in the country. Anubhav Ajit has a point, but the fate of future Rambaran Yadavs and Parmanand Jhas isn’t completely independent of the state of Indo-Nepal relationship. Perhaps Madheshis too should begin to pray for a Bihari Prime Minister in New Delhi, especially since the possibilities of a Dhoti Prime Minister being elected under the present constitutional dispensation in Nepal are rather remote.

LBRC gets one more month to submit report

KATHMANDU, Aug 1: Experts have urged the government for more investment in agriculture sector to increase its contribution to the... Read More...

Why is India dragged time and again into Nepal’s domestic politics?
3 hours ago

KP Oli-led party will emerge as the largest party in April-May polls: FinMin Poudel
5 hours ago