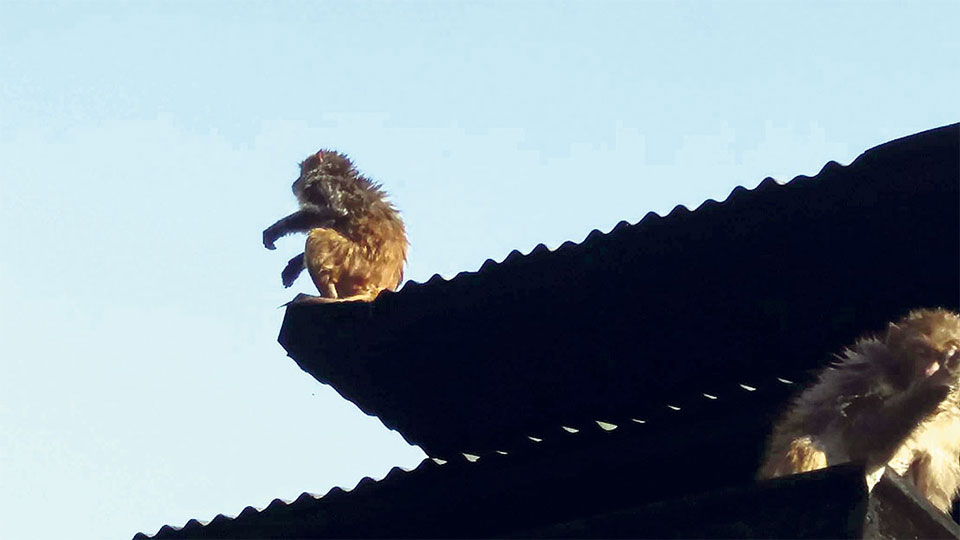 SYANGJA, May 6: Monkey menace in a rural village of Dubindada in Galyang municipality, Syangja district is so intense forcing the locals to migrate elsewhere.

Some of the locals have already migrated elsewhere without any reliable option to resolve the problem, while large portions of the field have remained uncultivated, said the locals.

The field in the village is arable and there is availability of irrigation facility. But money problem is taking a toll, said a local Parsuram Khanal. "We can grow various types of crops like rice, wheat and corn. Monkeys have eaten and destroyed crops. We are compelled to keep the land unfarmed," he said. His 20 ropanis of land has remained unplowed due to money problem.

Likewise, around 500 ropanis of land in ward 10 have remained uncultivated as a result.

"The locals are struggling due to a money problem. Some of them have visited the ward to take migration recommendation, and the trend is increasing," said chairperson of the ward Dhurba Prasad Sharma Pangeni.

The ward has come up with some ways to resolve the problem, but to no avail. "The ward and municipality alone cannot deal with the problem. The centre must take initiatives," said Pangeni.

SYANGJA, May 18: CPN-UML mayoral candidate Bhupraj Adhikari has emerged victorious in the race for the mayor of Galyang Municipality... Read More...

SYANGJA, May 19: Five female mayoral candidates have won races of mayor and deputy mayor of 5 Municipalities in Syangja... Read More...