Monitoring, regulation must for good governance and transparency: PM Oli 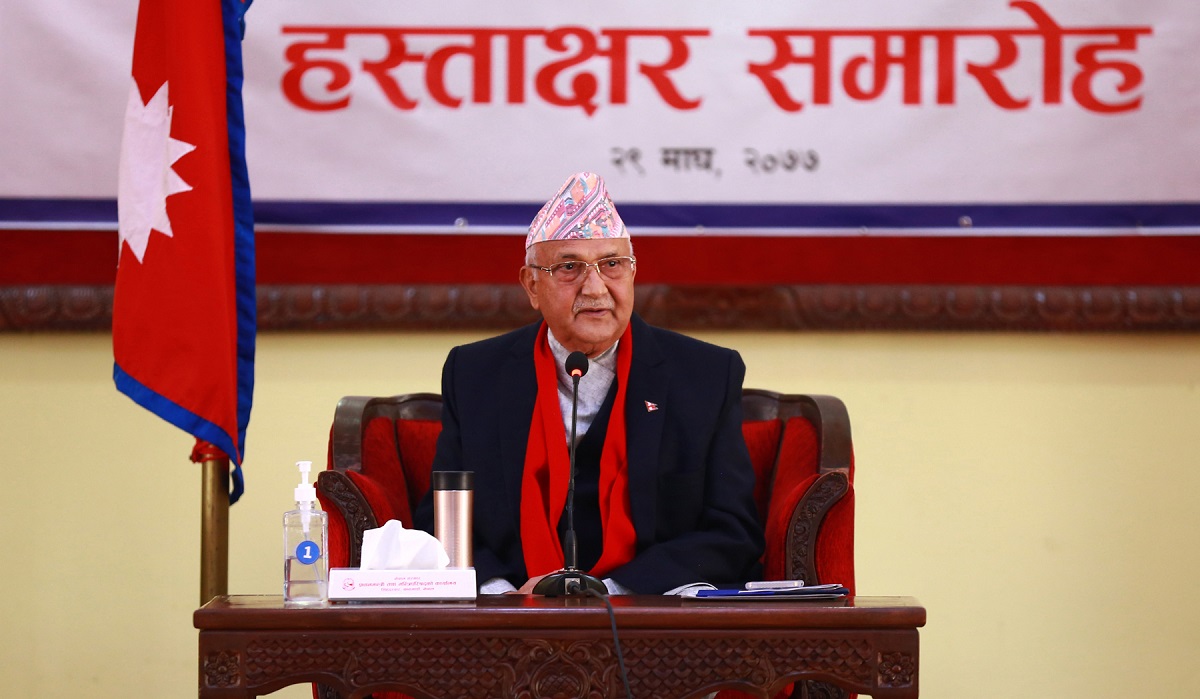 KATHMANDU, Feb Prime Minister KP Sharma Oli has said that an agreement signed between the Social Welfare Council and universities regarding project evaluation is the beginning of a new practice.

Addressing the agreement signing ceremony at his official residence in Baluwatar today, Prime Minister Oli shared that study, monitoring and analysis are the effective means to make the ongoing programs and works result-oriented. 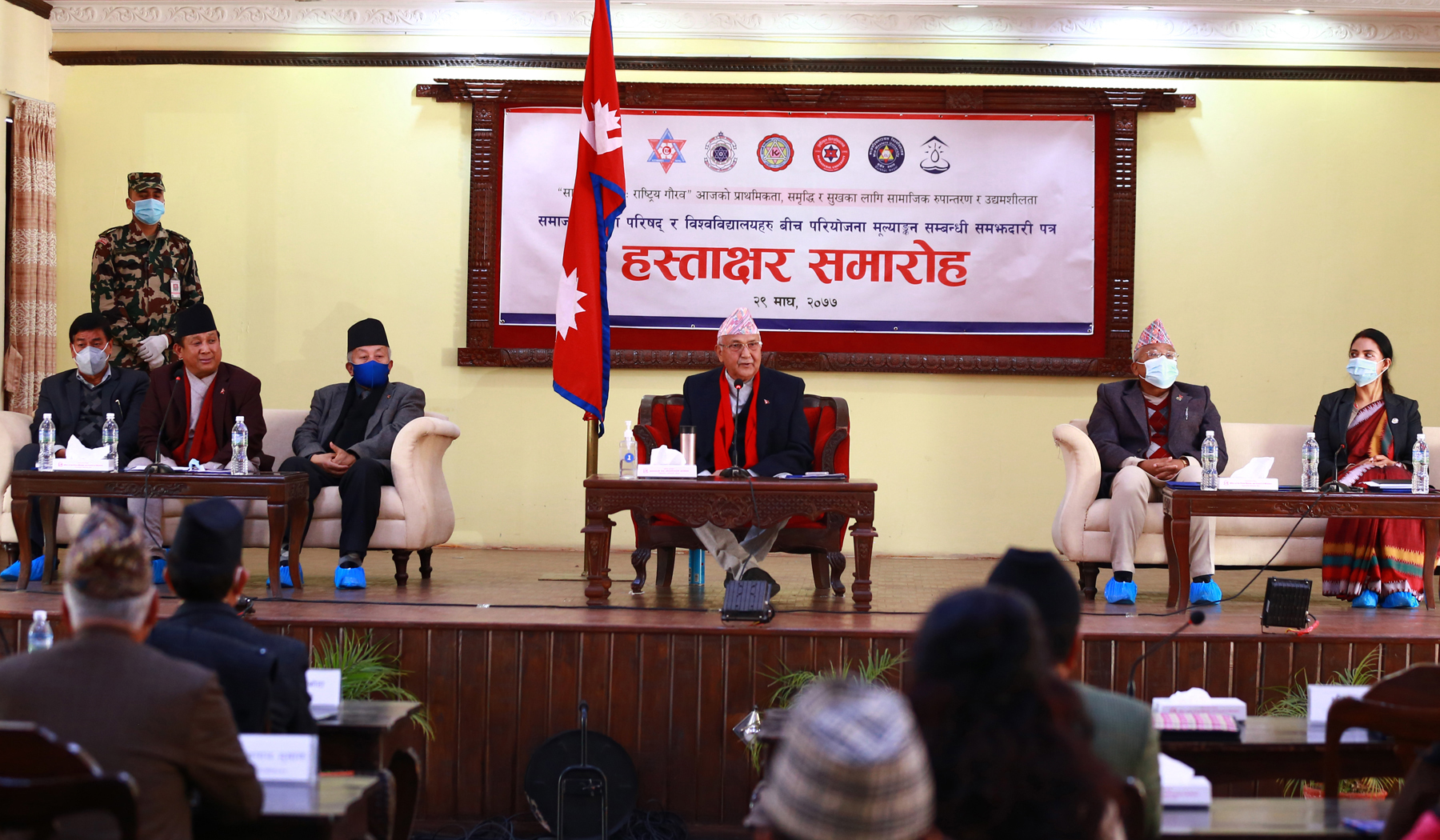 An activity has begun for the first time today to evaluate projects of less than Rs 10 million by involving students of universities amid complaints of people being left behind due to the lack of monitoring of programs of social sector and social welfare programs.

The prime minister said, "It is a significant dimension to involve students in study and evaluation. Studying is not only book knowledge. It helps to develop knowledge and skills among the students as well as social development."

PM Oli said such a program would ensure that the works carried out by the organizations are monitored and those implementing the programs are encouraged to adopt precaution. He expressed his belief that it would help move forward in an effective manner by correcting past weaknesses.

Relating the context of the nation's moving ahead with a new determination to attain the national objective of 'Prosperous Nepal, Happy Nepali', the prime minister said monitoring and evaluation of programmes also played a major role in meeting the national goal.

He stressed the need for creating an environment of right, social justice and equality and fearlessness for all Nepalis to be happy, reiterating that the government was determined to create this environment.

The prime minister also stressed the need for the regulatory bodies to carry out monitoring and regulatory activities for promoting good governance, transparency and fairness.