Momentum behind the musical legacy 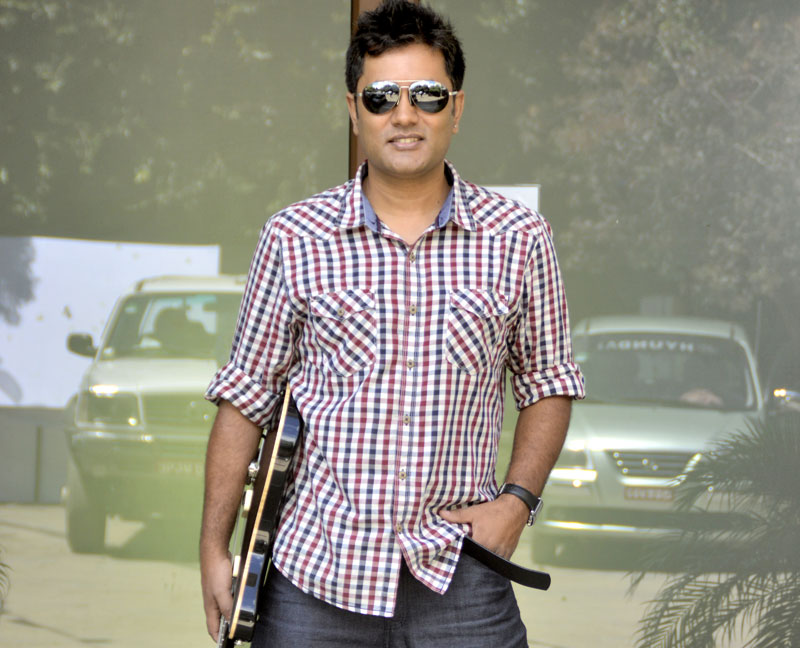 For the past three months or so, Manoj KC’s life has revolved around the studio an d recording sessions. The 1974 AD guitarist calls it a musical hibernation. After all that hard work though, the band is ready to reap the fruits of their labor. First up, the new music is available for free download for fans on the 1974 AD website and second, they are psyched to be kicking off yet another month long US tour. Currently, the legendary band with their new line up are in America but before flying off for the tour, KC sat down with The Week to talk about the past, the future and his playlist.

It seems exciting days are ahead for the 1974 AD, what are you looking forward to the most?

It had been a while since we made some noise on the scene. So we have been eagerly waiting for this moment when we can get back and connect with our fans though our music. After a period of inactivity, it’s always exciting to put forth some new music. The new album is out on our website and it is actually up for free download. Now we have been asked if the decision was made because the profits from the sales aren’t good anymore, but that’s not the case at all. Just consider it a gift to all our fans and other Nepali music listeners as well. Once we have new music, there is this new found thrill to perform them. So we are looking forward to it all.

How has the band’s new line up been working out for far?

It’s obviously a different experience but it’s a good kind of different. The 1974 AD has been going on since the mid 90s. It’s been a long journey, to say the least, and it would have been ideal if we could continue in the same fashion. I know there are some people who believe that. But what was to happen, has happened. The best thing to do is carry on and it’s great to do so with some of the most musically talented youngsters on our local scene. The 1974 AD hasn’t lost its essence or its sound. We are looking forward to putting forth good shows. After the month long US tour, we will be back in Kathmandu for the Ghatasthapana concert.

What do you think helped the 1974 AD cement their status as icons in our Nepali music industry? How is it that even after all these years you are just as popular?

We have worked very hard to maintain the quality of our songs. I feel there is a certain sound and feel to them that is quintessentially 1974 AD. However, when I look back, I also can’t help but appreciate how so many things happened at just the right time. When we were starting out, Nepali music was trying to make its transition from the traditional, classical sound to a more contemporary, modern feel. The release of Samjhi Baschu really helped establish our popularity. I believe that’s when it began. Then we followed it up with a US tour in 2002 when many thought such a thing was impossible for Nepali acts. When we came back, we felt the public’s awe. Also after that, there was the Dasarath Rangasala Stadium concert. 16 -17,000 people showed up. There had never been a show performed in such a massive scale before. I think all these events have played a role in maintaining our status.

Are there any significant changes that you as a musician can feel in yourself?

There was a time when all I was concerned with were the fast riffs, the flashy stuff, a lot more metal. That’s what I was interested in and looked for in a song. I immensely enjoyed them back then, but now my focus has shifted. Perhaps because of my experiences, I now know better. These days I focus on finding foundations and building structures for my music. These days it’s more than just guitar for me. I look after the whole compositions. It’s like figuring out a puzzle. Coming up with chords, building them up, and deciding on instrument and where they fit. Music has become more simple and complex at the same time.

The Porcupine Tree or progressive rock fans in general will be familiar with this man. Drive Home, the EP is Wilson’s solo venture. He is one of my favorite guitarists but his musical talents aren’t only limited to the instrument. He also takes on the responsibility of looking after the whole sequence of the song and I have always liked the ideas he has bought forth with his music.

The Wall
by Pink Floyd

It seems one needs to have a certain level of maturity to comprehend and enjoy Pink Floyd. I remember the days when I couldn’t be bothered with their brand of psychedelic rock but today the same music blows my mind. Comfortably Numb is my favorite from this record, for obvious reasons. Guitarist Glimour and bassist Waters have created magic with this one.

It’s a terrible shame that Naryan Gopal wasn’t given the accolades he deserved when he was alive. It’s easy to see how he achieved his legendary status when you listen to his work. In his music, there are many things you can learn about the classical genre from ragas, melodies to the harmonies. I believe it is even more important to educate yourself about these class acts in these modern times.

Now here is a man who may be short and small in stature but his visions were certainly tremendous. I got into Prince after I joined the Kathmandu Jazz Conservatory. I was most impressed with his live gigs. He improvised his songs every time and you can catch the man’s brilliant musicality straight away. Despite his amazing mainstream success, it’d be wrong to label Prince as a pop star alone.

Initially, I was having difficulty digesting jazz and Metheny really helped me ease into this genre. He is always trying to push the boundaries with his experimentations and ideas. You will see Metheny play around with guitar effects, synthesizers because he is one of those few jazz artists who dares to explore beyond the traditional style of the music. I listen to him all the time.

Most of UNNATI projects in eastern hills behind schedule

Turkey says Kurdish militants may be behind deadly soccer bombing

ISTANBUL, Dec 11: Turkey said on Sunday that Kurdish militants may be responsible for the two bombs that killed 29 people... Read More...