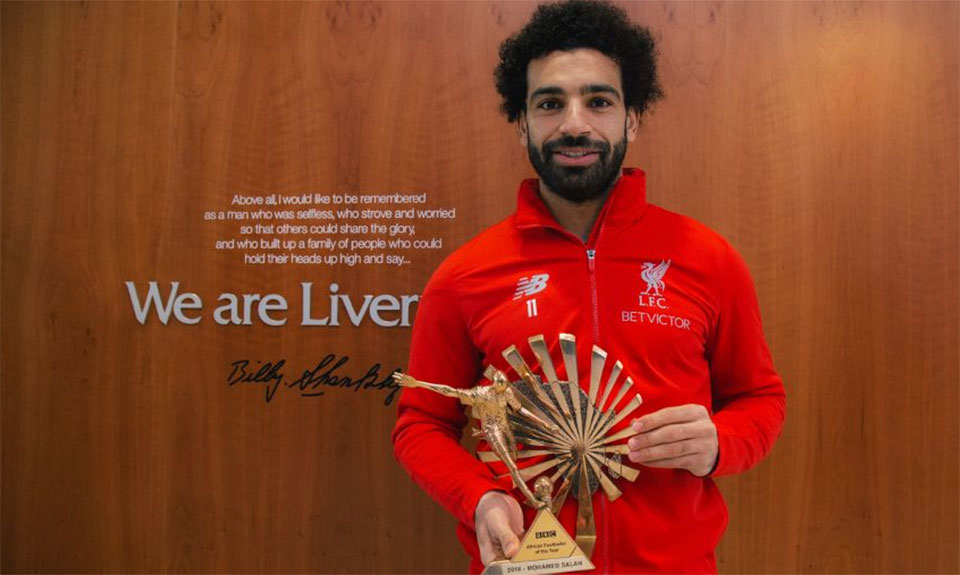 LIVERPOOL, Dec 15: Egypt and Liverpool forward Mohamed Salah has been voted BBC African Footballer of the Year for the second time in a row.

The Premier League's player of the year scored 44 goals in 52 games for Liverpool last season.

"It's a great feeling to win again. I'm happy and I would like to win it also next year!" said Salah.

As well as inspiring his club to the Champions League final, Salah scored twice for Egypt at this year's World Cup, having netted both goals in the match which took his country to the tournament for the first time since 1990.

"There have been many good moments in 2018," he added. "The game against Roma at Anfield [Champions League semi-final first leg] was unbelievable. I'm scoring goals and helping the team to get the points to be top of the league. That's always a great feeling."

Salah said his aim for 2019 is "to win something with the club so everyone is excited".

"I try to push myself every day to help the team win something," he added.

The former Chelsea player signed for the Reds from Roma in the summer of 2017. He scored 15 goals and made 11 others for the Italian side in 2016-17 as they finished second in Serie A, their best league placing for seven years.

In a phenomenal start to his Liverpool career, Salah scored 19 goals in his first 24 appearances. He went on to beat the previous record of 31 goals in a 38-game Premier League season shared by Luis Suarez for the Reds in 2013-14, Cristiano Ronaldo for Manchester United in 2007-08 and Alan Shearer for Newcastle in 1995-96.

Mohamed Barakat (2005) and Mohamed Aboutrika (2008) are the other Egyptians to have won the award.

SHARM EL-SHEIKH, Nov 5: A statue of Mohamed Salah recently unveiled in his native Egypt has been ridiculed for its... Read More...

CAIRO, Feb 13: Mohamed Salah’s potential involvement for his country in the Tokyo Olympic Games will be a decision for... Read More...